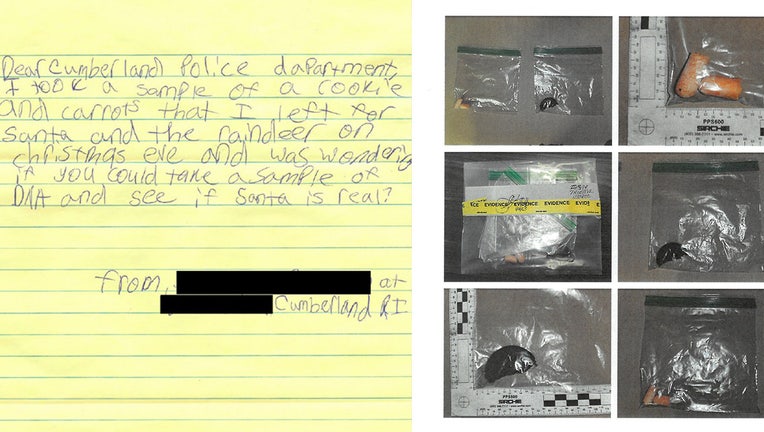 A young investigator from Cumberland submitted a letter requesting DNA analysis to be conducted on a partially eaten cookie and carrot remains she acquired on Christmas Day. (Credit: Cumberland Police Department)

CUMBERLAND, R.I. - Is Santa Claus real? Well, one girl is on a mission to find out.

Police in Rhode Island said Friday that they are testing DNA found on a cookie and carrots to prove that Santa visited a girl’s home on the night of Dec. 24.

According to officials, a young investigator from Cumberland submitted a letter requesting DNA analysis to be conducted on a partially eaten cookie and carrot remains she acquired on Christmas Day.

"Dear Cumberland Police Department," the letter starts, continuing, "I took a sample of a cookie and carrots that I left for Santa and the reindeer on Christmas Eve and was wondering if you could take a sample of DNA and see if Santa is real?"

As such, Chief Matthew Benson "immediately" instructed his investigative division to forward her evidence to the State of Rhode Island’s, Department of Health and Forensic Sciences Unit for analysis.

Bite marks will be compared with dental records. 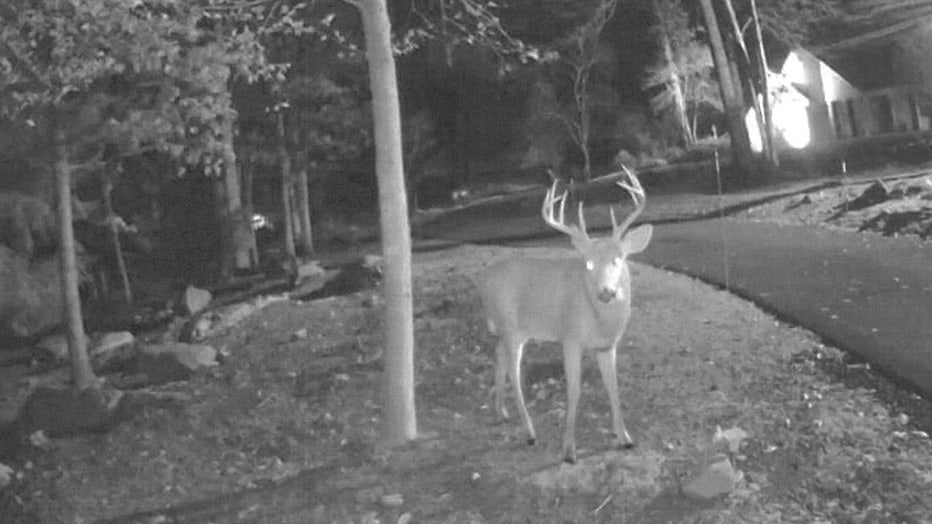 Cumberland police said they may have photographic evidence of Santa Claus in town on Dec. 24, 2022. (Cumberland Police Department)

Chief Benson noted, "This young lady obviously has a keen sense for truth and the investigative process and did a tremendous job packaging her evidence for submission. We will do our very best to provide answers for her." 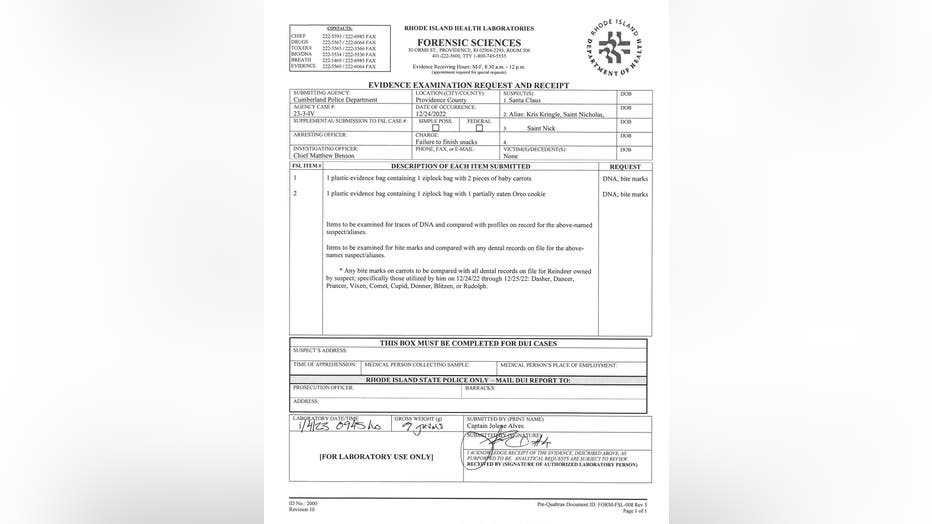 While police say they are awaiting testing results, they say the department has been in contact with a detective and provided her with a photo of a reindeer, which may already be some "uncovered evidence in support of Santa Claus’ presence" in her neighborhood the night of December 24.

Security camera footage captured Dasher, Dancer, Prancer and the rest of the reindeer going for a practice run on a snowy Connecticut street. Credit - Tony Bianchi via Storyful

Officials say more information will follow in the coming weeks.