This video uploaded to Twitter depicting a packed American Airlines flight might lead some to believe it was filmed before the coronavirus pandemic.

BOSTON - A plane that was about to take off for Pittsburgh was evacuated Wednesday in Boston after a passenger's carry-on caused a small fire, airline officials said.

The small fire broke out on Delta flight 5643, operated by Republic Airways, while the plane was at the gate at Boston Logan International Airport.

The fire started in a passenger’s carry-on bag and was quickly extinguished, officials added. No serious injures were reported.

An emergency slide appeared to have been deployed and first responders were on the scene, according to pictures posted on social media. 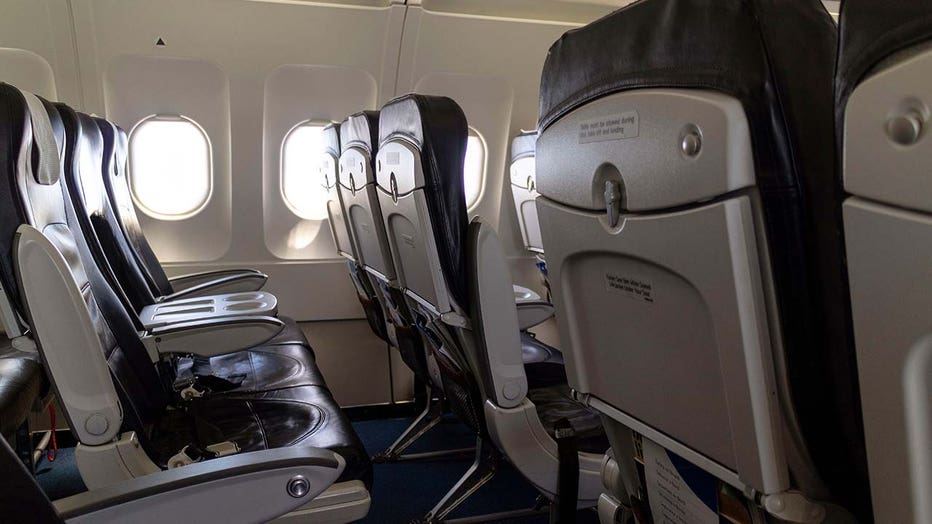 Passengers and crew eventually swapped aircraft and continued on to Pittsburgh, officials added.

RELATED: Delta bans over 1,600 people, urges other airlines to share ‘no fly’ lists

"The safety of our passengers and crew members are our utmost concern, and we're grateful to the first responders who were quickly on site to make sure the situation was contained," said Lauren Gaudion, a Republic Airways spokesperson.

Gaudion said officials were still awaiting confirmation from authorities at Logan International Airport on what caused the fire.