A single-engine plane went down in Racine on Monday. The pilot sustained minor injuries.

RACINE, Wis. - A single-engine plane went down in Racine Monday night near a manufacturing plant in the area near William Street and Carlisle Avenue.

Fire officials said the plane hit a tree before striking a building. There was no structural damage to the building.

The female pilot suffered minor injuries and was taken to a hospital for evaluation.

There was a small leak from the plane, but they were able to clean that up. 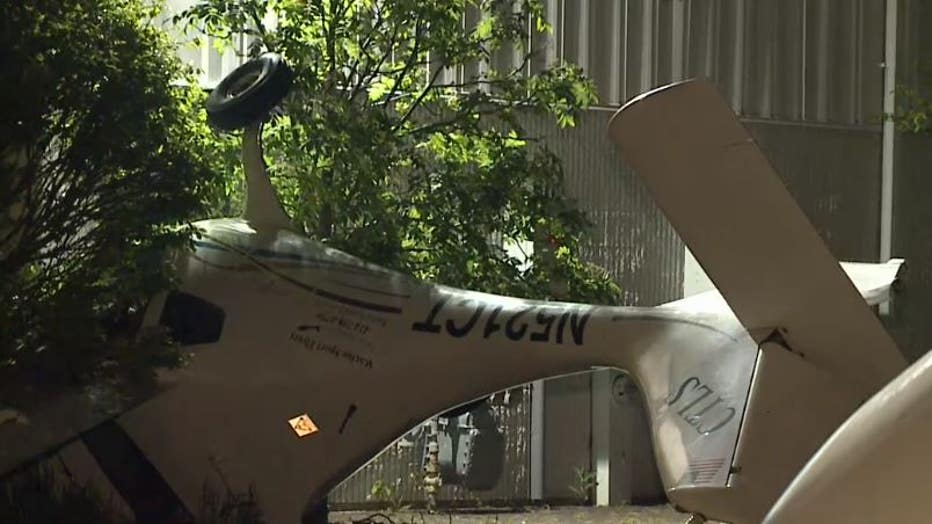 An inscription on the plane read: Racine Sport Flyers. The company describes itself online as offering airplane rental and instruction.  FOX6 News called the company for comment, but representatives only said the pilot is OK.

A closer look at the pilot’s flight path shows she took off Monday around 5:46 p.m. from Batten International Airport in Racine. From there, she headed north.  Once she reached Sheboygan County’s airport, she headed back to Racine.

The flight path shows the pilot traveled 223 miles until the crash.

The FAA is investigating the cause.