After a nearly fatal car crash more than two decades ago, a Pewaukee man made giving&nbsp;his mission -- returning a favor to honor those who saved him.

PEWAUKEE, Wis. - At a Versiti blood donation center, the question is often asked: Why do you give?

After a nearly fatal car crash more than two decades ago, a Pewaukee man made giving his mission -- returning a favor to honor those who saved him.

"I was in a terrible auto accident in 1998. I had a number of lung operations, and I know I got a lot of blood," Kris Kavelaris said. "I lived at Froedtert for four months, where they taught me to walk again." 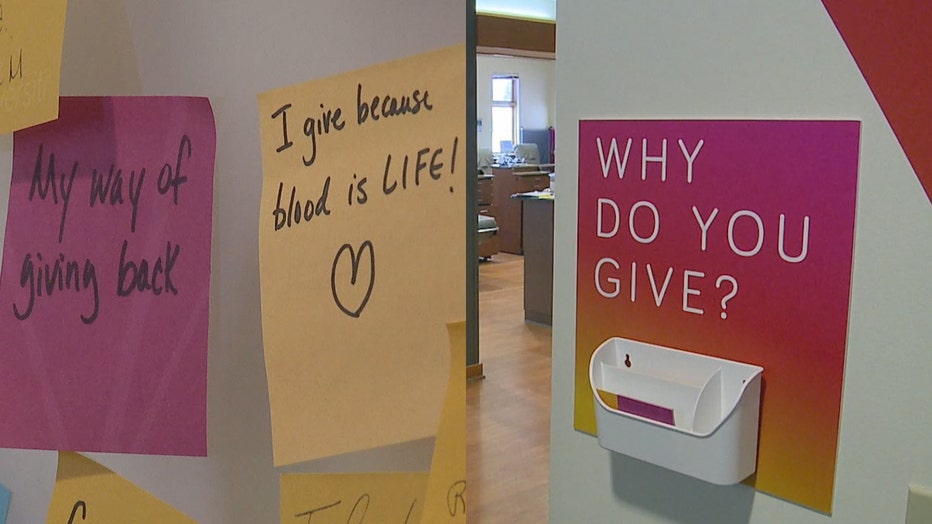 Since his recovery, Kavelaris has dedicated himself to return what was given.

"Every day we need a steady stream of selfless donors that allows us to serve our mission," said Chris Miskel with Versiti Blood Center of Wisconsin. "(Kavelaris) wanted to pay it back, and being an O-negative donor, which only 7% of the population is, and obviously O-negatives can go to anyone -- Kris understands the importance of his donation."

Two decades of routinely donating has resulted in lives saved -- and Kavelaris' induction into the Fresenius Kabi Donation Hall of Fame.

"I’m just happy to do it. I just feel honored that I’m able to do it," Kavelaris said. 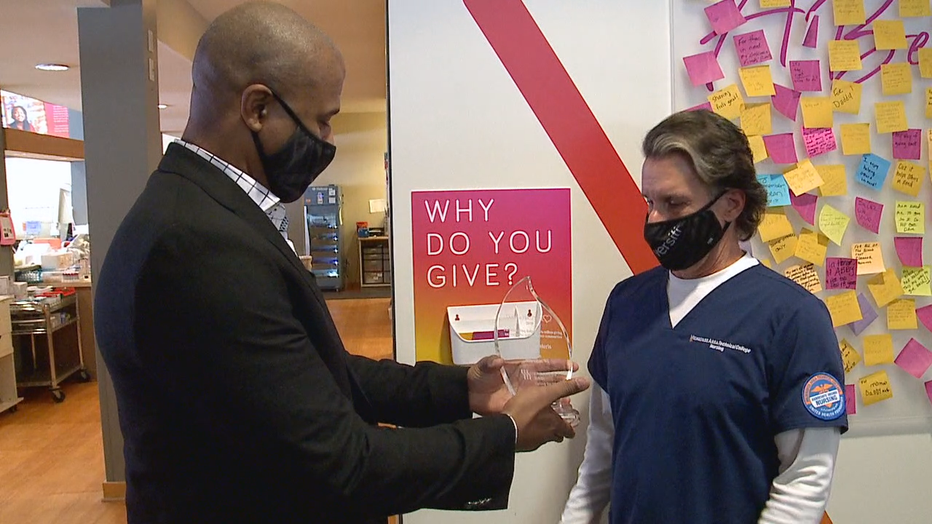 Chris Miskel presents Kris Kavelaris with an award, recognizing him as a Hall of Fame blood donor

But Kavelaris' selflessness doesn't stop once he gets out of the chair.

"I want to become a nurse," said Kavelaris. "I shut down a brokerage business. I decided that the time that providence leaves me I’m going to do something that’s meaningful, and nurses have been hugely instrumental in my life."

For Kavelaris, the only fitting way to celebrate the Hall-of-Fame milestone is with another donation; he's scheduled to give a donation on Tuesday.

If you feel inspired to give, Versiti Blood Center of Wisconsin said they'd love to help see if you're ready to donate. Information on scheduling an appointment can be found online at versiti.org.

By cutting out a commute that averages 20-40 miles one way -- plus two hours per donation -- ease of access has gone up significantly.