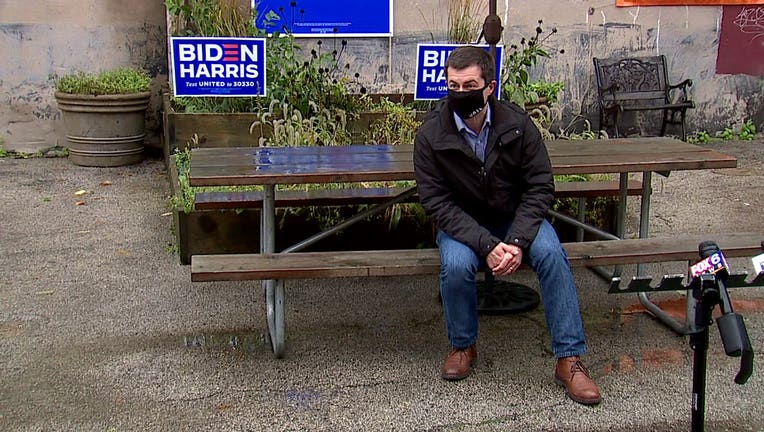 Pete Buttigieg takes part in a "Get Out the Vote" event in Milwaukee on Oct. 22.

MILWAUKEE - Pete Buttigieg on Thursday, Oct. 22 traveled to Milwaukee, Racine and Green Bay to host a series of "Get Out the Vote" events. In-person early voting started in Wisconsin on Oct. 20.

In Milwaukee, Buttigieg met with student leaders from Marquette University and UW-Milwaukee to discuss the importance of making a plan to vote.

The former mayor of South Bend, Indiana was an opponent of Democratic Presidential Nominee Joe Biden earlier in the campaign process. In Racine, he discussed Biden's character compared to President Donald Trump's, the handling of the economy and more.

While Buttigieg stumped on Thursday, President Trump's campaign announced that the president would be in Waukesha on Saturday.

Since early in-person voting opened Tuesday in Wisconsin, tens of thousands of voters have stood in line to make their voices heard before Nov. 3.