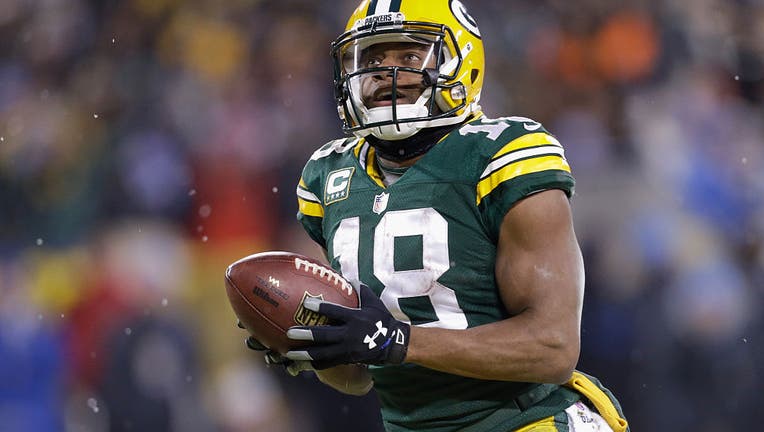 GREEN BAY, WI - DECEMBER 28: Wide receiver Randall Cobb #18 of the Green Bay Packers reacts after scoring in the third quarter for his second touchdown against the Detroit Lions during the NFL game at Lambeau Field on December 28, 2014 in Green Bay,

GREEN BAY, Wis - Green Bay Packers wide receiver Randall Cobb says he has a high ankle sprain and expects the injury to keep him out for anywhere from two to six weeks.

The 32-year-old Cobb acknowledged that he initially feared the injury was much more serious. Cobb hurt his left ankle during the Packers’ 27-10 loss to the New York Jets on Sunday.

"I felt something pop, and I thought, ‘This is the way it ends,’" Cobb said Friday. "It’s nice to have the good news and to know that I’ll be able to come back."

Cobb said the fact the injury wasn’t as severe as he expected will give him plenty of incentive as he works toward his return.

"My mind-set was it was over," Cobb said. "I thought I was done, so the fact that I know that I’ll be able to come back and play at some point during this year, that’s all the motivation I need."

Cobb compared the injury to one he had while playing for the Packers in 2016. That injury caused him to miss the end of the regular season, though he came back in time to catch three touchdown passes in a playoff victory over the New York Giants.

The injury came one week after Cobb caught seven passes for 99 yards in a 27-22 loss to the Giants. Cobb has 18 receptions for 257 yards this season.

Offensive lineman Jake Hanson (biceps) also has been ruled out for the Commanders game.

Veteran receiver Sammy Watkins returned to practice this week but hasn’t yet been activated from injured reserve after missing four games with a hamstring issue. Packers coach Matt LaFleur said Watkins’ status for Sunday’s game is "kind of up in the air right now."