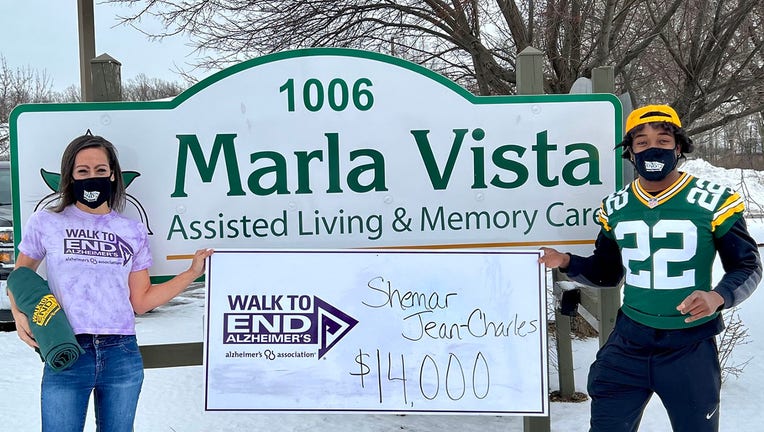 Jean-Charles hosted a "GET one, GIVE one" blanket campaign to raise funds and awareness for Alzheimer's and dementia, according to a news release from the Alzheimer's Association.

For every $35 donation made to his "Walk to End Alzheimer’s" team, participants received a green-and-gold blanket – and Jean-Charles pledged to donate a blanket to a senior care community in their honor.

The campaign raised more than $14,000, and more than 300 blankets will be donated to senior care communities across Wisconsin. Jean-Charles personally delivered a portion of the blankets to Marla Vista Assisted Living and Memory Care in Green Bay on Thursday. 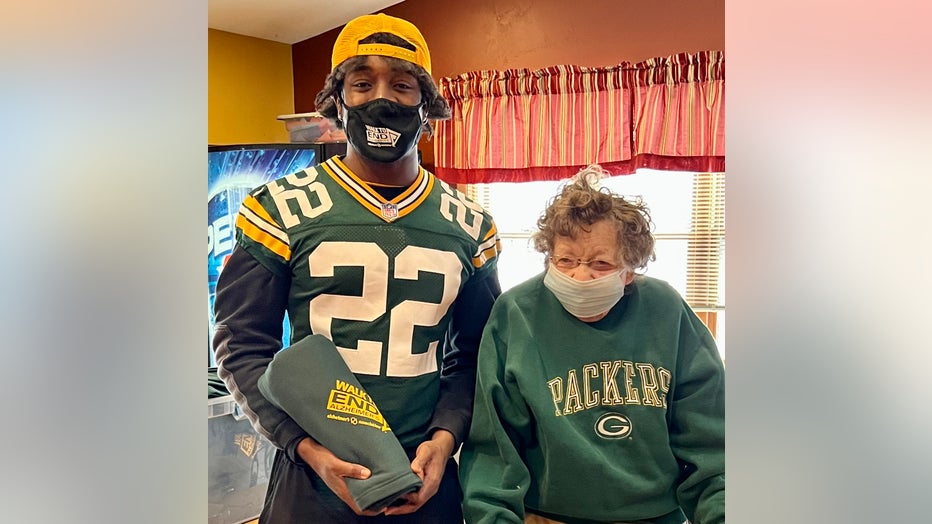 "Our residents were so excited Shemar visited our campus," said Mason Foth, community relations coordinator for Marla Vista Assisted Living and Memory Care. "Wisconsin winters are so harsh, and this blanket campaign is just what the doctor ordered."

Marla Vista Assisted Living and Memory Care, a Jaybird Senior Living community, is a supporter of the Walk to End Alzheimer’s in Wisconsin.

Dave Grams, executive director of the Alzheimer's Association Wisconsin chapter said: "The Alzheimer’s Association is so pleased with the amazing support from Shemar Jean-Charles. This campaign is a great example of how teamwork can raise awareness and bring joy to some of our most vulnerable loved ones. We are grateful for his dedication to his community and to those on a journey with this devasting disease. These funds will help us continue to advance the fight against Alzheimer’s disease, through advancing vital research and providing education and support to those who face dementia every day and their caregivers."