A Wisconsin man is cycling from Massachusetts to Wisconsin to raise kidney disease and donation awareness, the ride called ''The Organ Trail.''

MILWAUKEE - A Wisconsinite is raising awareness for a cause close to his heart, literally – and is doing it on two wheels.

It was a grand exit from the Lake Express ferry Tuesday, Oct. 12 for Mark Scotch. He is in the last few of a 1,600-mile kidney donation awareness journey called "The Organ Trail."

"Just trying to finish up and get the last few miles in," Scotch said. "Started to learn about kidney donation – I just didn’t realize that 13 people die every day because they don’t get a kidney."

Scotch is a kidney donor himself. The 65-year-old is cycling from Massachusetts to Wisconsin to raise awareness about kidney disease and living organ donation.

"I really wanted to get the message out that hey, anybody that wants to do this that can qualify can become a kidney donor," said Scotch. "I wanted to demonstrate that an old guy can still ride a bike for a month straight with one kidney." 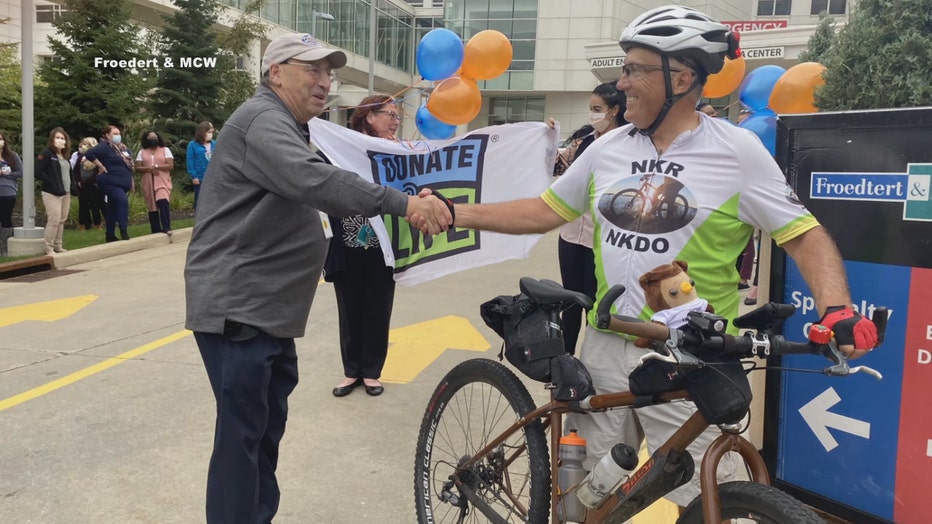 The cyclist rode from the ferry to Froedtert & The Medical College of Wisconsin Tuesday where he was greeted by members of the kidney transplant team.

"The ripples are going, and we’ll just hope for the best," Scotch said. 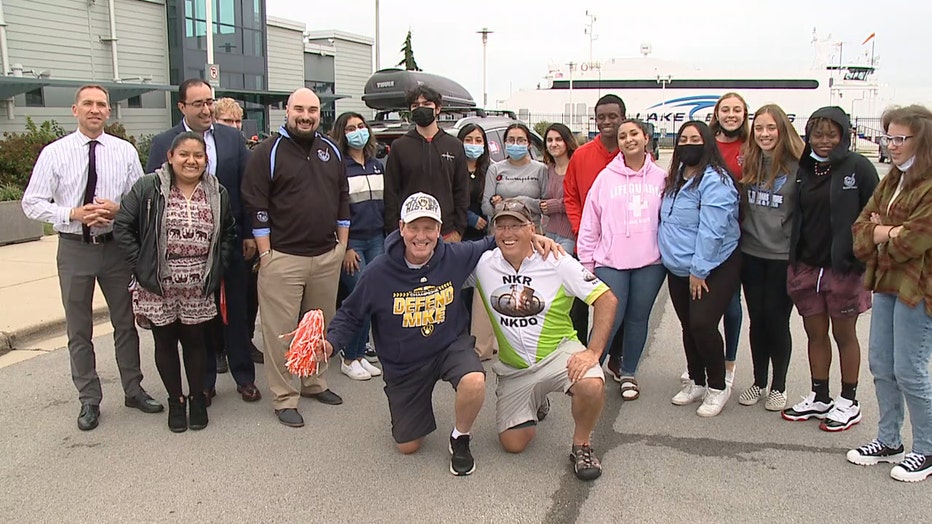 The trip started on Sept. 19. With about 200 miles left, there is no finish line for the message of kidney donor awareness.

"I grew up on a dairy farm in Wisconsin, so you just keep planting those seeds," said Scotch.

Scotch is scheduled to return home to Plover on Saturday, Oct. 16. It will mark the end of his second "Organ Trail" journey.

A small airplane has crashed in Waukesha, officials confirm for FOX6 News.