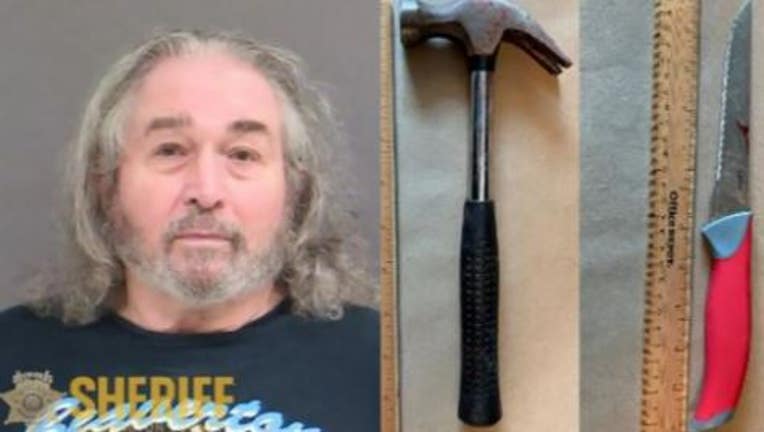 WASHINGTON - An Oregon man was arrested Friday, accused of bashing his female roommate in the head with a hammer multiple times and stabbing her, authorities said.

The victim was rushed to a hospital and was expected to survive.

David Craft, 70, was arrested and charged with two counts of first-degree assault, the Washington County Sheriff’s Office said in a release. He may face more charges as the investigation continues.

Deputies responded to his Aloha, Oregon, home, 10 miles west of downtown Portland, after he allegedly called to report he had stabbed his roommate. She was found outside.

Craft was arrested without incident and booked into the Washington County Jail on $250,000 bail, the sheriff’s office said.

No motive was given for the alleged attack.

Violent crime, especially gun violence, has surged in Portland over the last year and the city is on pace to surpass its all-time record for homicides this year as its police department is grappling with a surge in gang-related shootings amid a staffing shortage and continued calls for defunding.

"People are scared. They are angry. They are fed up," Portland Police Sgt. Ken Duilio told The Associated Press last month.

Police: 6 injured in 4 shootings in Milwaukee