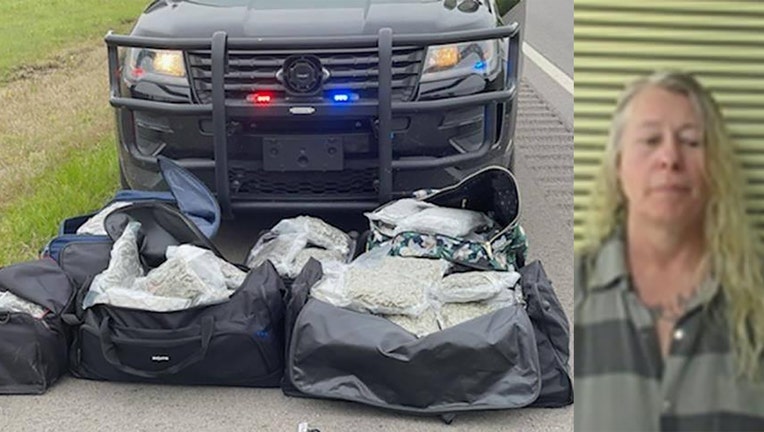 MILWAUKEE - A Racine woman was arrested in Oklahoma after being found with more than 100 pounds of marijuana, the local sheriff's office announced May 4.

According to the Wagoner County Sheriff's Office, Penny Feucht was driving with expired license plates and pulled over late on May 3. The deputy involved in the stop smelled the "strong odor" of marijuana coming from the car.

A K-9 search alerted law enforcement to several bags inside Feucht's car. In all, six duffel bags and suitcases were found full of marijuana. In all, the sheriff's office said approximately 105 pounds of marijuana was found.

Feucht did not have a valid medical marijuana card, and was arrested and jailed without incident for trafficking marijuana, the sheriff's office said.