It’s the largest drug bust in Orange County in nearly 16 years. Charges have been filed against two alleged drug dealers from Buena Park who had enough fentanyl to kill 4.7 million people, the district attorney’s office stated.

Charges have been filed against two alleged drug dealers from Buena Park who had enough fentanyl to kill 4.7 million people, the district attorney’s office stated. 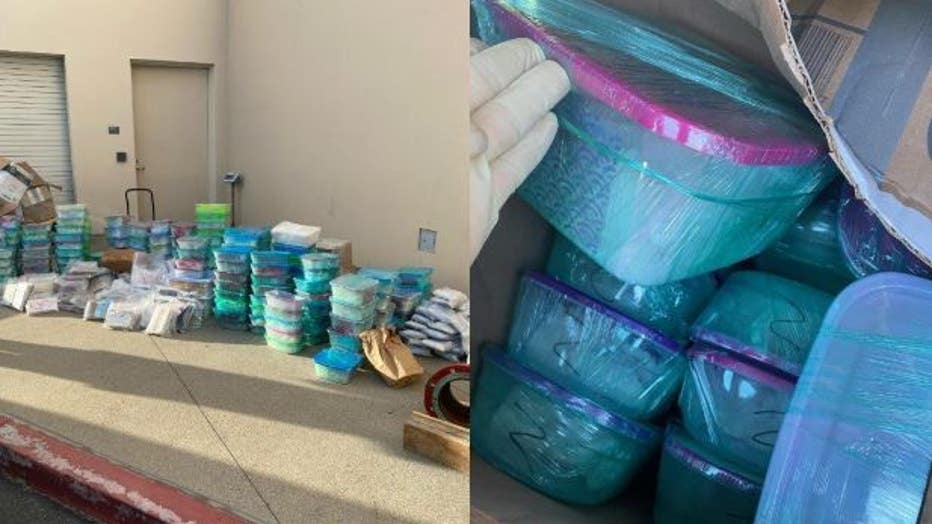 According to the district attorney’s office, a lethal dose of fentanyl is as little as 2 milligrams; the two suspects had enough fentanyl to kill an estimated 4.7 million people.

FOX 11 Investigates: Going undercover on the fight against fentanyl crisis

"Millions of unsuspecting people have the grim reaper looking over their shoulder and they have no idea how close they actually are to dying from taking a single pill," said Orange County District Attorney Todd Spitzer.

"With fentanyl in an estimated 40 percent of street drugs, it’s not a matter of if but when someone you know and love dies from fentanyl," the DA added.

They both face a maximum sentence of 37 years if convicted on all counts. According to the DA’s office, they have pled not guilty and remain in custody in lieu of $5 million bail.

According to the DEA, they have seen a nationwide spike in fentanyl-related mass-overdoses. That means three or more overdoses occurring close in time at the same location. Officials say in the past two months, there have been at least 7 confirmed mass overdose events across the United States resulting in 58 overdoses and 29 overdose deaths.