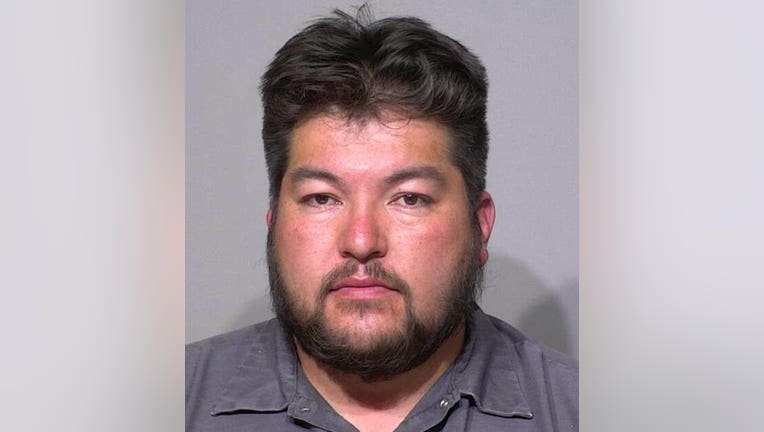 According to the criminal complaint, Oak Creek officers were dispatched to a two-vehicle crash near 13th and Ryan Road on Sunday, May 2. They were told one of the vehicles had fled the scene.

A woman in a vehicle that was apparently struck indicated to officers she was driving westbound on Ryan Road and that she had a green light. The complaint says "as she drove through the intersection, she was suddenly hit by another vehicle." The woman suffered multiple injuries in the crash.

The complaint says a witness identified the vehicle that left the scene as a white Rambler. That witness followed the car -- and saw it park near 13th and Drexel. When officers arrived on the scene, the driver was not on the scene. However, the vehicle was listed to Huerta-Dominguez -- and a license plate from the car was left at the scene of the crash.

The complaint indicates while inside the vehicle, officers "smelled an odor of alcohol on the defendant." Officers believed Huerta-Dominguez was intoxicated, the complaint says. A preliminary breath test of Huerta-Dominguez showed .13 -- more than the legal limit of .08. Huerta-Dominguez "admitted to drinking during the Alcohol/Drug Influence report and stated that he hadn't drank anything from the time of the crash until he met with officers."

Huerta-Dominguez made his initial appearance in Milwaukee County court on Wednesday, May 5. Cash bond was set at $1,000. He is due back in court for a preliminary hearing on May 11.

Milwaukee police are investigating a double fatal accident that occurred on Thursday, May 6 near 91st and Bradley.