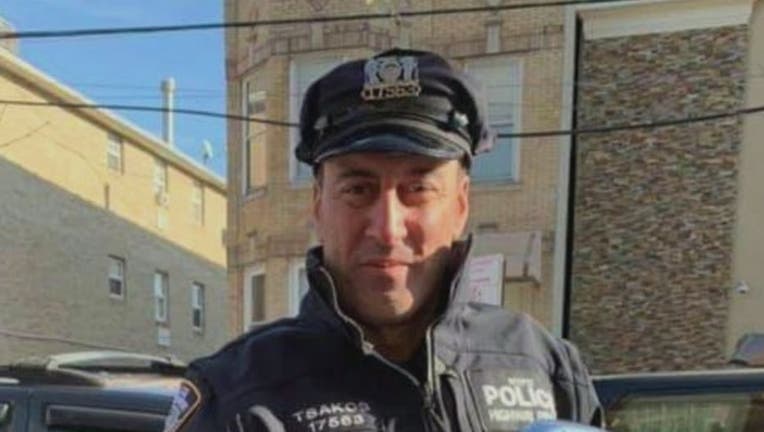 NEW YORK - An NYPD officer was killed by a hit-and-run driver early Tuesday while directing traffic on the Long Island Expressway in Queens.

It happened around 2 a.m. The officer has hit by a driver while he was directing traffic. The driver did not stop but was apprehended a short time later.

The officer was identified as Anastasios Tsakos during a news conference later in the morning. He was a 14-year veteran of the force assigned to the Highway Unit.

The 43-year-old officer was rushed to NY Presbyterian Hospital-Queens in critical condition but he died a short time later.

Officer Tsakos had been directing traffic off of the LIE near Francis Lewis Boulevard. NYPD was investigating a single-car crash and car fire that killed 1 person around 12:30 a.m.

32-year-old Jessica Beauvais of Hempstead was arrested in the officer's death. The NYPD says she was intoxicated and driving with a suspended license. She was charged with two counts of vehicular manslaughter, reckless endangerment, leaving an accident that resulted in death, aggravated unlicensed operation of a vehicle, and several other charges.

Tsakos leaves behind a wife, a 6-year-old daughter, and a 3-year-old son.