The group wants expanded background checks and to give a judge the ability to remove guns from people who could be a danger to themselves or others. It is not likely either will pass the Wisconsin Legislature.

"These bills have been introduced before, but we are bringing them up again now because this issue cannot wait any longer for action," Kaul said.

"This is an issue that’s just about sensible reform," State Sen. Lena Taylor (D-Milwaukee) said. "In Wisconsin, there is no question of being a state that believes in hunting, a state that believes in liberty, independence and hard work. There’s no question that we understand individuals who support their gun rights. However, gun violence is plaguing our country and plaguing our state.

The bill would still allow some sales or transfers without background checks to dealers, police and members of the armed services. It would also exempt antique guns or gifts or bequests to family.

If it became law, breaking it would mean facing fines up to $10,000, jail up to nine months and a two-year ban from having a gun.

"This is not a gun grab," said State Rep. Deb Andraca (D-Whitefish Bay), herself a gun owner. 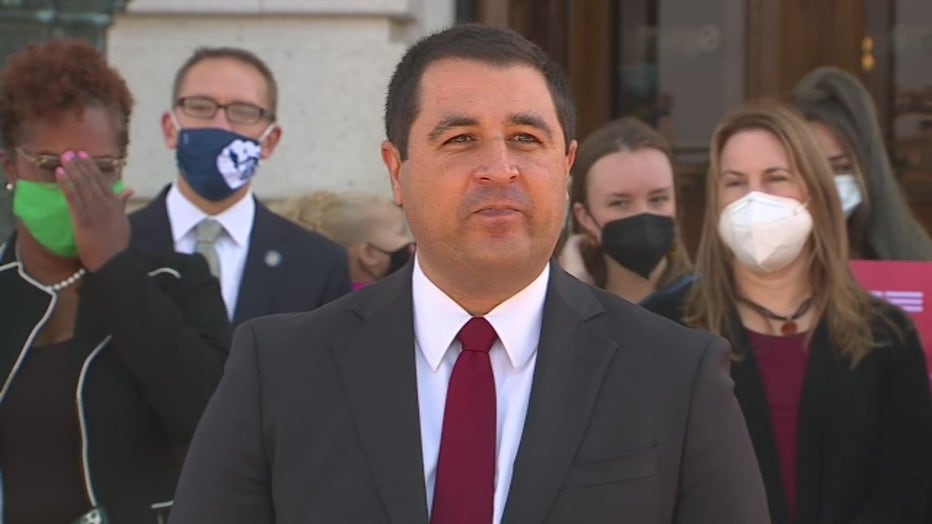 A second bill, often called a "red flag law," would allow police or family to ask a judge to take guns away from a person considering suicide or violence.

In 2019, Gov. Tony Evers called a special session of the legislature to pass expanded background checks and the red flag law. The Republican legislative leaders gaveled in and gaveled out, saying those bills wouldn't pass.

REE DOWNLOAD: Get breaking news alerts in the FOX6 News app for iOS or Android.

Kaul, a Democrat is up for reelection next year. University of Wisconsin Professor Ryan Owens is one of two Republicans running against Kaul.

"I think this is a cynical political ploy to make him look like he cares about the issue. Frankly, he’s had years to do this; he hasn’t been able get it done," said Owens. "I think we need to be very very cautious when we move the dial on things like this. And again, if he was very serious about safety, I think we would have seen a lot more from him. He would not be throwing law enforcement under the bus, as he has done in his tenure."

Another Republican running for attorney general is Eric Toney, Fond du Lac County District Attorney. He says Kaul is ignoring the "homicide epidemic" in Milwaukee and pushing a radical agenda.

Kaul himself accuses Republicans of chasing conspiracy theories and criticizes the Republican investigation into the 2020 election.

Toney countered. "Fair elections are the cornerstone of our democracy, and ballots should be treated equally and counted the same no matter where they are cast.  Kaul was a liberal activist lawyer challenging Wisconsin election laws in federal court, so it’s not a surprise that he hasn’t stepped up to defend or clarify our election laws as attorney general."

Open Record: Pay up & get paid