Police departments will mount motorcycles in remembrance of those who made the ultimate sacrifice and head to Washington for National Police Week.

MILWAUKEE - Local police departments will mount motorcycles in remembrance of those who made the ultimate sacrifice and head to Washington D.C. next week for the National Police Week memorial.

"It’s an honor to do this," said Officer Michael Bachmann with the Milwaukee Police Department's motorcycle unit. "We do this with a lot of pride."

"They will spend the week doing escorts for family coworkers' loved ones while those officers, later on next week, will be placed on the memorial wall in D.C.," said Mark McClain, House of Harley-Davidson director of business development.

MPD Officer Mark Lentz will now be among the names added to the fallen officers memorial. Lentz's police motorcycle was intentionally hit in 2017. He suffered a traumatic brain injury and died from complications two years later.

"He’s going to be finally recognized for a sacrifice as he should be," said Dayna Lentz, Mark's widow. "He was a very serious person, a good cop. I feel like he was very fair to people." 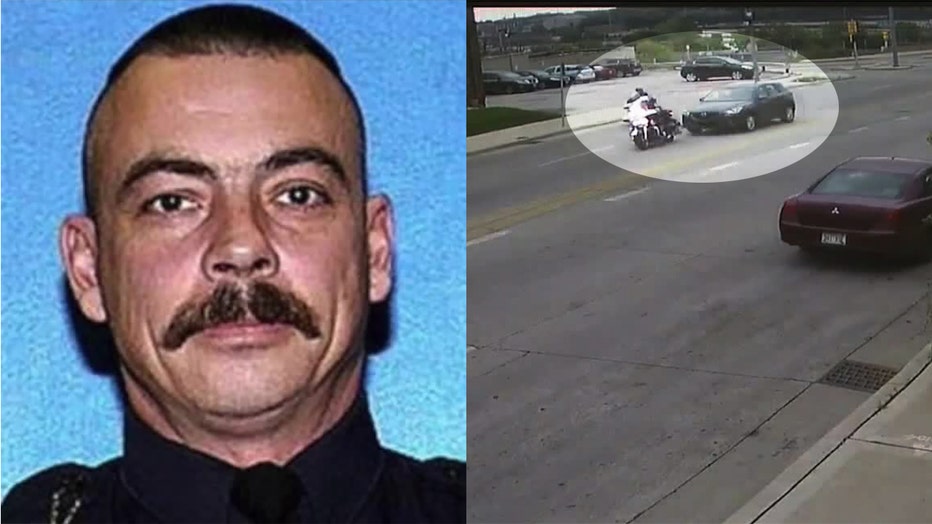 Mark Lentz; surveillance of moment prior to his motorcycle being intentionally hit in 2017

Lentz is emotional about the trip and grateful for those who have been by her side.

"This year is going to be bittersweet," she said. "It’s an amazing feeling it’s a huge family."

Saturday morning, the group gathered for a sendoff as more than 30 motorcycles were loaded to be shipped to the nation's capital.

"We’re going to have all the motor officers from southeastern Wisconsin," said McClain. 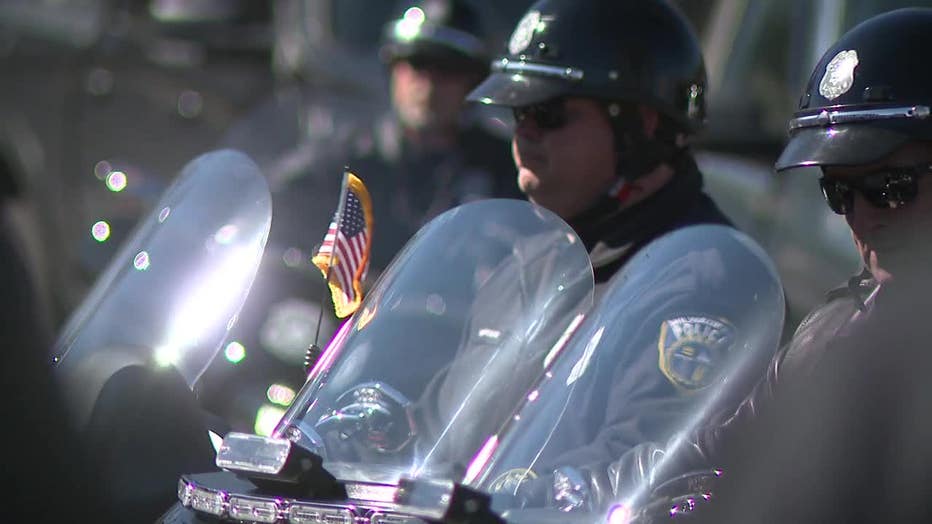 "This event is remarkable. It goes to show how much support the men and women of Milwaukee PD truly have in the community," said MPD Assistant Chief Paul Formolo.

The motorcycles should arrive in Washington D.C. by Monday and the officers by Wednesday. Meanwhile, there will be several local events in honor of National Police Memorial Week.