A Waukesha County QAnon conspiracy believer, charged with shooting paintballs at US Army reservists in Pewaukee last Monday, remains in custody&nbsp;after federal prosecutors said he poses a serious risk to the safety of the community after he allegedly said he would cause a mass casualty event if released from jail.

MILWAUKEE - A federal judge ordered a Waukesha County QAnon conspiracy believer, charged with shooting paintballs at US Army reservists in Pewaukee last Monday, to remain in custody pending trial after federal prosecutors argued he poses a serious risk to the safety of the community after he allegedly said he would cause a "mass casualty" event if released from jail.

Ian Alan Olson, 31, of Nashotah was arrested after he was tackled by uniformed Army reservists standing in a parking lot of the US Army Reserve Center, 619 W. Wisconsin, in Pewaukee on March 15. 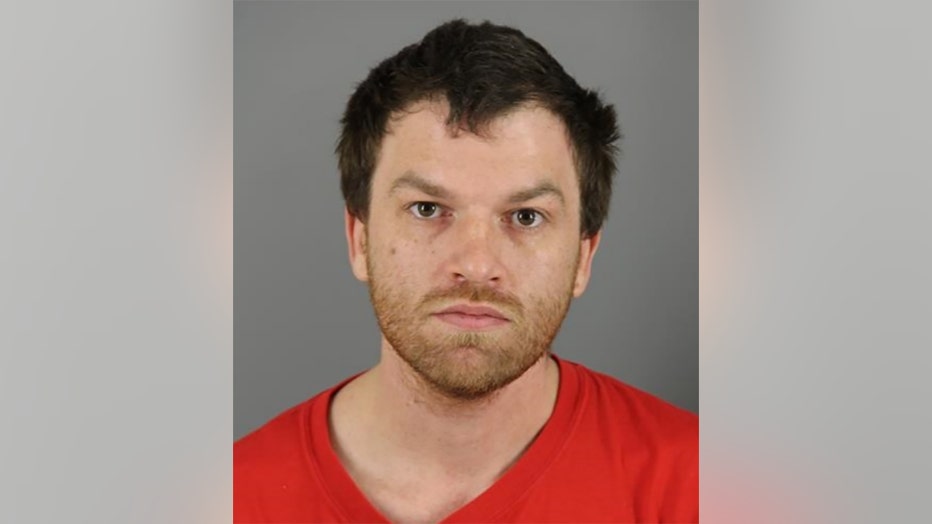 After the gun jammed, Olson said to the soldiers, "You’re lucky it jammed," and was then tackled by one of the reservists, who is a Waukesha County Sheriff's Deputy, and held until the Village of Pewaukee Police Department arrived.

Inside Olson’s car, police found a gas mask, throwing knives, police scanner, two-way radios, taser and ballistic military-style vest plates. Police also found a a three-page, hand-written "manifesto," according to court filings, with a number of comments referencing "Q" and "my plan." QAnon is a convoluted, pro-Trump conspiracy theory that centers around the baseless belief that the former president is waging a secret war against the "deep state" and a child sex trafficking ring run by cannibals and satanic pedophiles.

During intake at the jail, Olson said he just returned from Washington, DC, where he "attempted to deliver a message," according to federal court filings. His vehicle is spray painted with several QAnon slogans, as well as "OMW 2 DC" and "Trust My Plan." 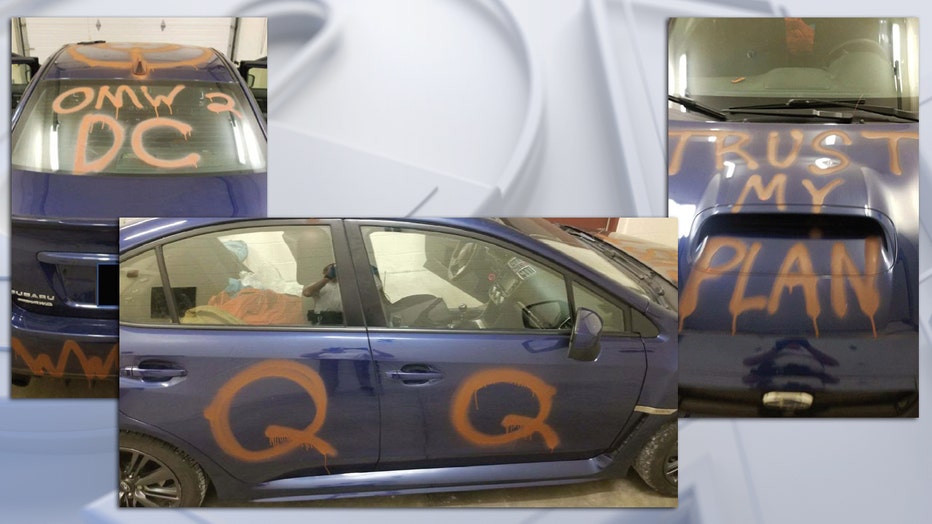 Federal court filings say Olson was in DC in early March and that on March 3, Olson approached a National Guardsman saying he was "maybe going to do something crazy stupid tomorrow," asking the soldiers to not shoot him. Some QAnon supporters believed the former president would be inaugurated in Washington on March 4.  A number of QAnon supporters have been arrested in connection to the pro-Trump insurrection at the US Capitol on January 6, including a man from northwestern Wisconsin.

Olson also made other alarming statements to law enforcement at the time saying he would be "taken over by the Spirit of Christ and lead the people to unity," according to the criminal complaint. USCP found Olson to be a danger to himself and transported Olson for a psychiatric evaluation.

Olson, who has no prior criminal history, was admitted to a psych ward and released with medication.

It’s unclear when Olson returned to Wisconsin. However, in a detention motion filed by federal prosecutors in Wisconsin, Olson made unsolicited comments at the Waukesha County Jail on March 15, saying he failed in sending his message in Washington, D.C., and said he would cause a mass casualty event when the gets out of jail. Olson refused to speak with a mental-health worker who visited him at the Waukesha County Jail.

No one answered the door at the Nashotah apartment he shares with his wife and two children. A box of paintballs addressed to Olson sat in the entryway. A man who later walked out onto the balcony declined to comment. Family members at his mother's home also declined to comment.

Filings in federal court say Olson admitted to usually smoking marijuana once a day, has been unemployed since 2016, and receives a monthly stipend from a trust fund.

After his arrest on state charges, Olson's wife allowed Pewaukee Police to search their home on March 16 and, according to federal filings, found an AR-15 rifle with a scope, suppressor and seven magazines loaded with green-tipped and possibly armor-piercing ammunition. His family told police there were several handguns still outstanding and would turn them over to law enforcement.

Olson was charged Friday in federal court in the Eastern District of Wisconsin with attacking the servicemembers and a warrant issued for his arrest. He remains in custody in the Waukesha County Jail. It’s unclear if Olson has an attorney in the federal case. The public defender in the state case declined to comment when reached by email Monday afternoon.

Olson is scheduled to appear in a Waukesha court for a bond hearing Wednesday morning, March 24. He has an arraignment and plea hearing scheduled before a federal judge on March 31.

Kenny Chesney moves tour to 2022, including stop in Milwaukee

County superstar Kenny Chesney has decided to move his tour that had been postponed from 2020 to 2022. That includes a stop at American Family Field in Milwaukee.