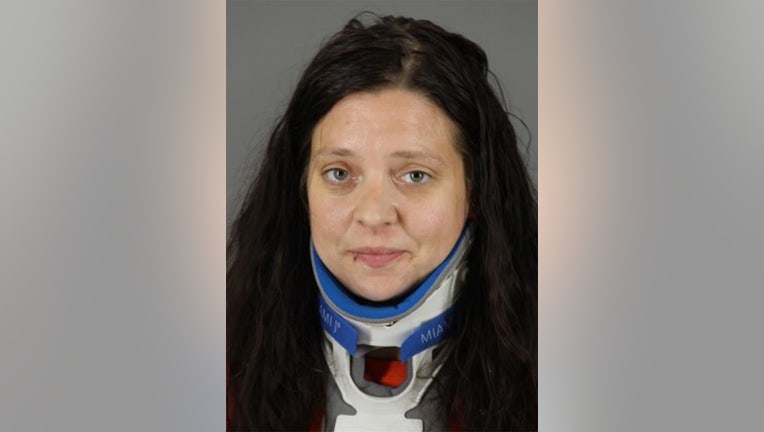 TOWN OF GENESEE, Wis. - A 35-year-old Mukwonago woman faces multiple charges in connection with a fatal crash that happened in the Town of Genesee on Sunday, July 17. The accused is Danielle Krueger – and she faces the following criminal counts:

According to the criminal complaint, the Waukesha County Sheriff's Department responded to a collision between two vehicles near Highway 59 and Rockwood Trail in the Town of Genesee on the afternoon of Sunday, July 17. When deputies arrived, they found multiple victims trapped.

From the initial investigation, officials say it appears a pickup truck operated by Krueger was traveling westbound on Highway 59. It crossed over the center line striking a van traveling eastbound on Highway 59 operated by an 84-year-old man. The operator of the van suffered life-threatening injuries as a result of the crash -- and later died from his injuries. The female passenger of the van and both occupants of the pickup truck (including the defendant) were taken to a hospital for non-life-threatening injuries.

Investigators took photographs of the defendant's vehicle -- and "observed a bottle of McGillicuddy's hard liquor on the rear passenger floorboard that had only about two to three ounces of liquid left in it. There was also a cooler in the pickup truck that contained multiple empty beer cans and hard seltzer cans," the complaint says.

Because of her substantial injuries, no field sobriety tests were done on Krueger. However, officials did secure a search warrant for the defendant's blood. The samples were sent to the State Crime Lab in Milwaukee for analysis.

Krueger made her initial appearance in Waukesha County court on Wednesday, July 27. Cash bond was set at $125,000. Krueger is due back in court for a preliminary hearing on Aug. 3.

The Waukesha County Sheriff’s Department was assisted by Wisconsin State Patrol, the Village of Mukwonago and Summit Police Departments, Lake Country and the City of Waukesha Fire Departments and Kettle Moraine Fire District.