MILWAUKEE - It's the only full-time unit of its kind in Wisconsin – and while it may be small by the numbers, it is mighty in its mission.

"You know, when you're out on the street taking assignments, you see a lot of bad sometimes," said Esteban Arreguin, Milwaukee Police Department Mounted Patrol Unit officer.

Its officers wear the badge every day – fighting crime like other members of law enforcement – but being assigned to the Milwaukee Police Department's Mounted Patrol Unit brings their job to new heights. 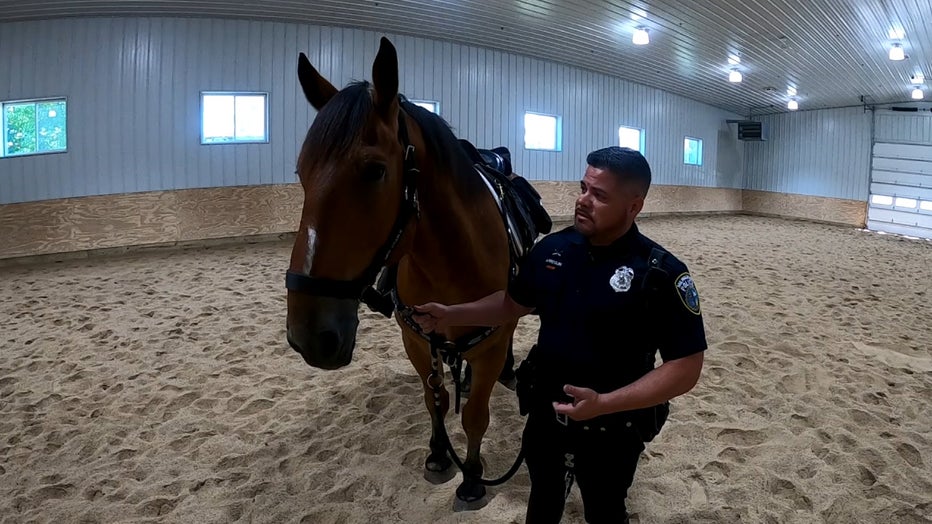 "We get to work with these big, beautiful animals and it kind of gives us another role," said Arreguin. "We're out there trying to bridge that gap between law enforcement and the community."

The specialized unit – housed at the Milwaukee Urban Stables near 1st Street and Lincoln Avenue – is currently made up of 10 horses, eight officers, and one supervisor. 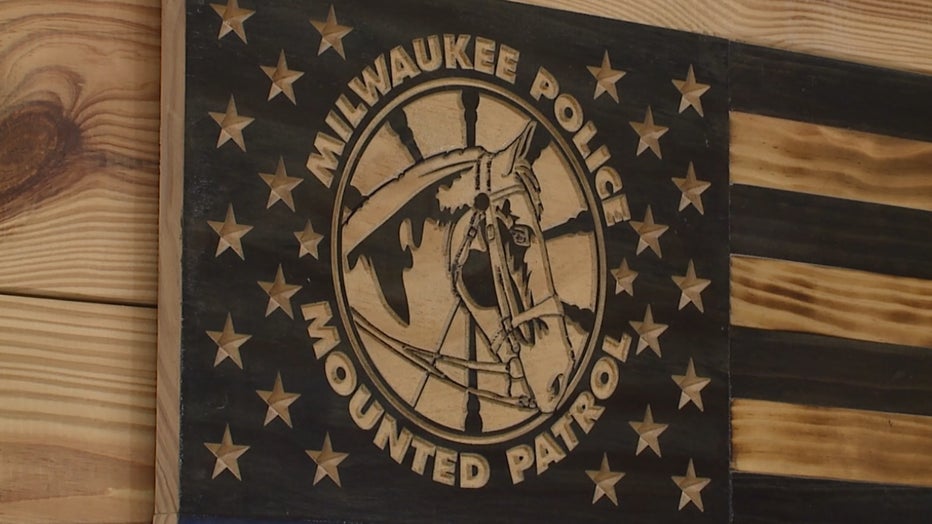 "The mounted unit actually has history that goes back to the 1920s, but this current unit and the way it sits now started in 1999," said Jeffery.

Sgt. Jeffery took the reins of MPD's Mounted Patrol Unit in 2018. Over the years, he says other full-time units across the state have been dismantled, but this one is still standing.

"The biggest issue is budgetary issues and constraints," said Jeffery.

The unit is regularly deployed downtown and assigned where large crowds are expected, like the Deer District during the 2021 NBA Playoffs, various festivals, and community events. 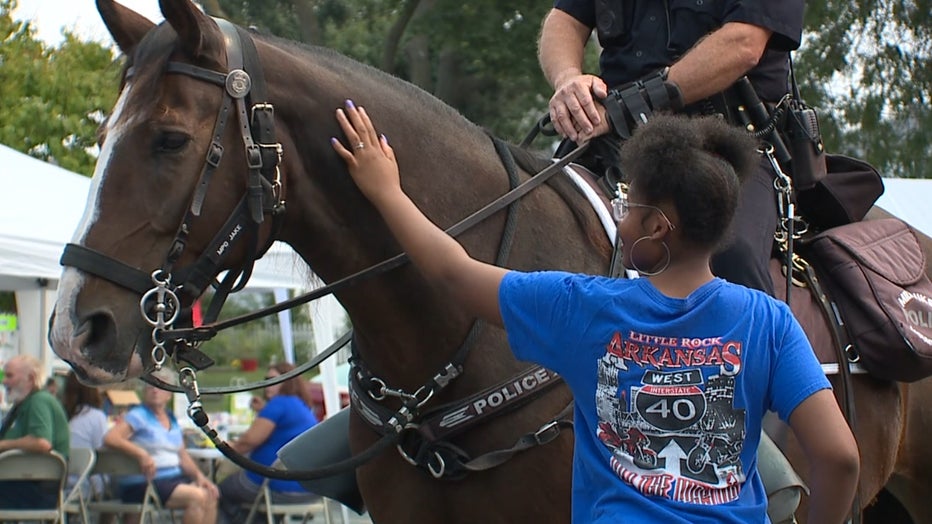 "Because we are sitting up on a horse, we are able to see down the entire street or the block so we can see the crowd and have a better vantage point than most other officers," said Jeffery.

Protecting people is just one part of saddling-up.

"A very important piece of equipment we have here is his halter," said Arreguin. 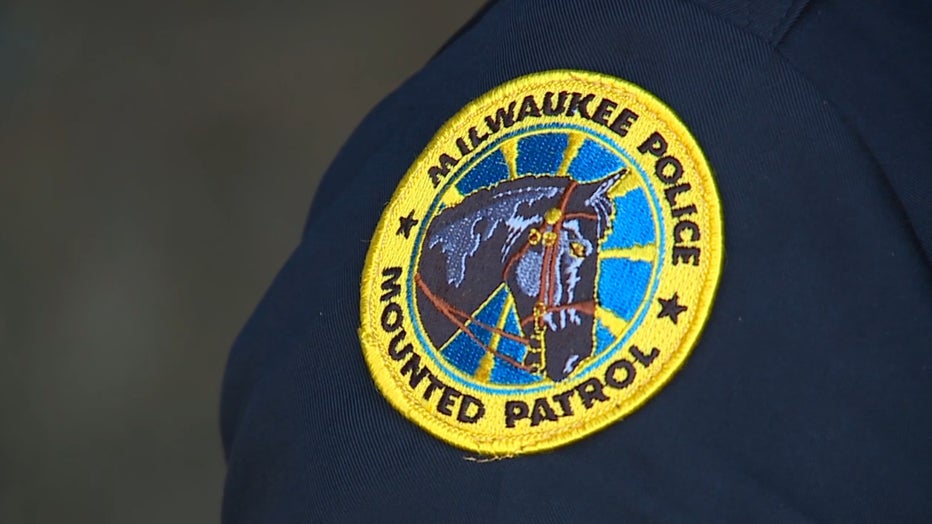 Officer Esteban Arreguin has been with MPD since 2005, earning a role on the Mounted Patrol Unit about four years ago.

His horse, Charlie, is a 10-year-old Percheron Cross.

"The Percheron is what gives him his size, and his colors and markings are the Quarter Horse in him," said Arreguin.

"It's really important to build that trust. He has to know that I’m not going to put him in harm's way and vice versa," said Arreguin. 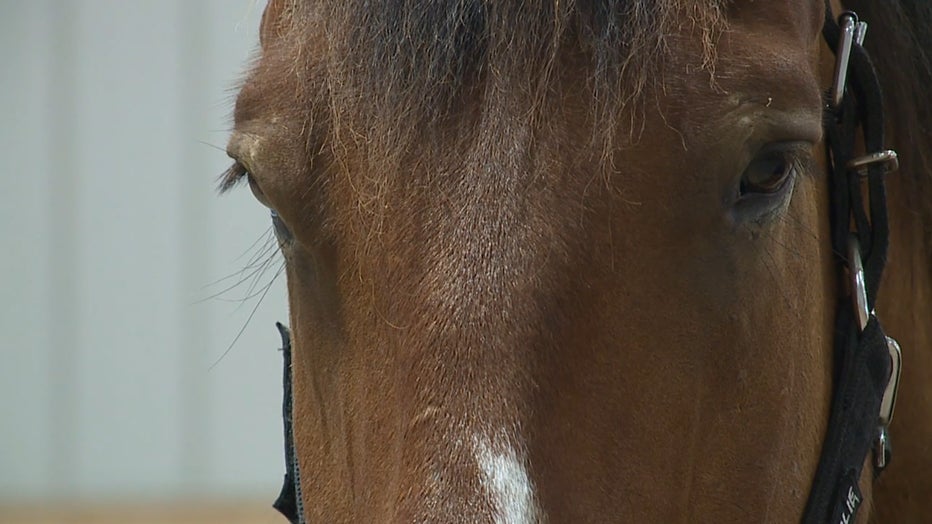 Officers are also responsible for the care and maintenance of their horses from head to hoof.

But Arreguin said perhaps the most important part of their job is to break down barriers between police and the public – using his platform to create lasting connections with community members. 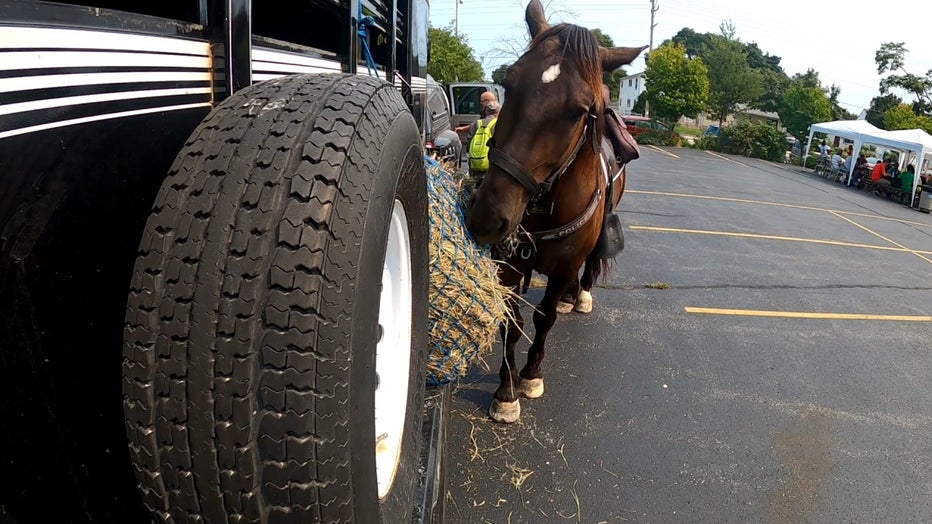 Despite being on horseback, the Mounted Patrol Unit can issue tickets and make arrests; it just takes a couple of additional steps to do so.

The MPD Mounted Patrol Foundation is a nonprofit created to support the unit, its horses, and their needs. The organization works alongside Mounted Patrol Unit officers to engage with the community. It also works to ensure the safety of its officers and horses.

Learn more or donate to the foundation through its website.

A truck hauling what appears to be Leinenkugel's beer overturned near Hixton in northwest Wisconsin on Wednesday morning, Oct. 6.