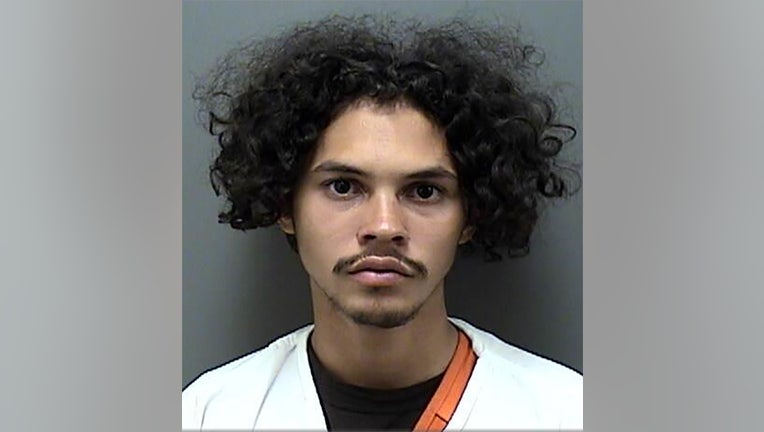 MOUNT PLEASANT, Wis. - An 18-year-old Racine man faces multiple charges following a traffic stop that led to a police pursuit in Mount Pleasant. The accused is Jaysen Massie – and he faces the following criminal counts:

According to the criminal complaint, an officer in a marked squad conducted a traffic stop on Monday, Sept. 20 around 4:20 p.m. The officer pulled the car over in a parking lot near Washington Avenue and Emmertsen Road in Mount Pleasant. As the officer approached the vehicle, the complaint says he saw three people inside -- and "detected the strong odor of marijuana coming from the vehicle."

The complaint says while "waiting for cover officers to arrive to assist in a probable cause search of the vehicle due to the marijuana," dispatch indicated the license plate on the vehicle returned with "no vehicle associated." The officer asked the driver to exit the vehicle -- and he complied. But while conducting a search of the driver, the defendant jumped into the "driver's seat of the vehicle attempting to drive it away," the complaint says. The officer told Massie "very loudly, 'don't do it, don't do it!'" The complaint says the officer then "drew his taser and pointed it at Massie, but was unable to effectively deploy the taser because Massie had already begun to drive away."

The complaint indicates Massive drove the vehicle away in a "reckless manner" with the third person still in the vehicle. A police pursuit began.

At one point during the pursuit, Massie exited the vehicle and fled on foot. The pursuing officer caught up with him and detained him in handcuffs. The complaint says Massie was wearing a "fanny pack" -- and inside officers "located a live ammunition round as well as a small amount of the suspected marijuana." Dispatch also advised officers at that point that Massie "had an active felony warrant through Racine County for armed robbery."

Another officer and his K-9 responded to the arrest area -- and conducted a search. They located a "firearm on the ground near boots belonging to Massie that had fallen off of him during his flight."

Officials say in his flight, Massie also struck another vehicle in a parking lot of a gas station – and that driver was uninjured.

Massie made his initial appearance in Racine County court on Tuesday, Sept. 21. Cash bond was set at $10,000. He is due back in court for a preliminary hearing on Sept. 30.

Tasha Rockow, 32, of West Allis is due in court Wednesday, Sept. 22 for her preliminary hearing.

Three people were killed when a vehicle left a road in Waushara County, hit a ditch, and crashed into a tree, according to the Wisconsin State Patrol.

Milwaukee police are asking for the public's help to identify and locate a suspect wanted in a burglary that happened near Dr. Martin Luther King Jr. Drive and Hadley Street.