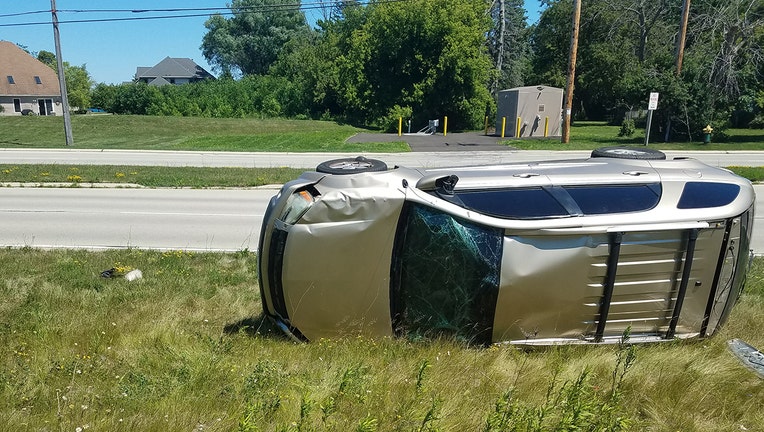 MOUNT PLEASANT, Wis. - One person was arrested and another was cited after a rollover crash in Mount Pleasant on Thursday afternoon, July 1.

Police were called to the scene on State Highway 32 between 1st Street and Chicory Road. It was reported that the vehicle was serving before the crash and rolled over twice.

The driver and her child, who was not in a child safety seat, were checked for injuries at the scene; according to police, their injuries were not serious.

The Sturtevant Police Department's K-9 unit was called in to help look for two other occupants who reportedly left the scene. While searching the Lake Park area, officers found and arrested one of the occupants for a probation violation. The other occupant was not found and is believed to be uninjured.

There is no suspicion of alcohol use. Police said the crash was caused by the driver's actions. She was cited for violations, along with failing to secure her child in a proper safety seat.

The roadway was temporarily closed but reopened once preliminary investigations were finished.

Milwaukee police responded to two accidents near 1st and Florida within roughly four hours -- arresting a man for OWI suspicion in one case.