Mount Pleasant police released body camera video from an officer whose squad was hit, showing the officer who was inside being helped out the vehicle.

MOUNT PLEASANT, Wis. - A Mount Pleasant police squad was rear-ended Tuesday night, July 13 while on the scene of a traffic stop. It happened on northbound STH 32 just north of Chicory Road.

Mount Pleasant police released dash cam video after a squad was hit with the officer inside.

According to police, the officer went back to the unmarked squad to run some information through the squad's computer when he was rear-ended by a 55-year-old woman from Kenosha, driving a Lincoln SUV. Operating while intoxicated was investigated and was not a factor in this accident.

The driver of the Lincoln stated that she did see the light on the squad car and thought the officer was farther to the right than he actually was. She was starting to merge to the left when she struck the driver's side rear of the squad car with the officer inside the vehicle.

There were no significant injuries to the officer or the female driver. There was significant damage to both cars. 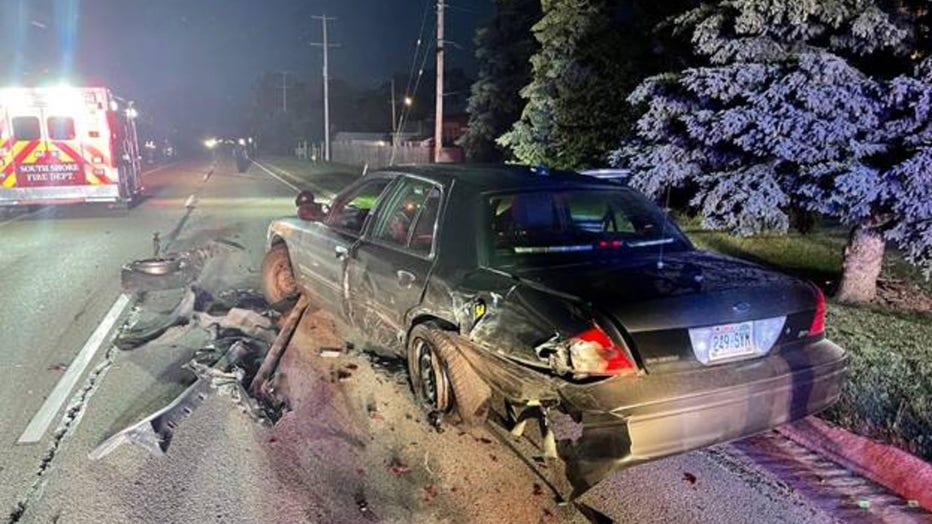 The Wisconsin State Patrol was dispatched to write the accident and write any applicable citations.

Both Officer and the female driver were transported to Ascension in Racine. The Officer was released after being seen. It is unknown at the time of this notice the status of the female driver.

A New London man was arrested for OWI in Washington County, allegedly speeding on Interstate 41 near Allenton with three kids in the car.

Fatal crash in Milwaukee; driver slams into tree near 42nd and Oklahoma