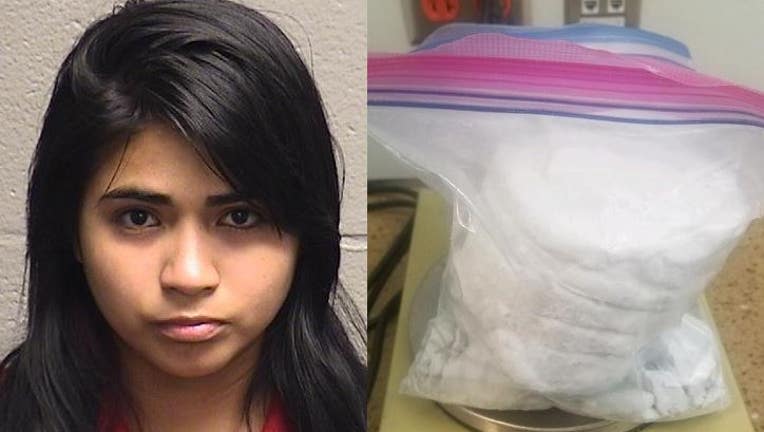 DURHAM, N.C. - A North Carolina mother was arrested with enough fentanyl to kill 1 million people, and sheriff's officials say her 4-year-old was in the vehicle when she was stopped May 25 in Durham.

According to the Durham County Sheriff's Office, investigators stopped 24-year-old Karen Garcia Euceda as part of an ongoing investigation, and when they searched her vehicle, they found two kilos of fentanyl.

Euceda's 4-year-old child was turned over to a family member.

According to the Drug Enforcement Agency, just two milligrams of fentanyl can be lethal depending on a person's body size, and one kilogram has the potential to kill 500,000 people.

The DEA describes fentanyl as a synthetic opioid typically used to treat patients with chronic severe pain or severe pain following surgery. It's similar to morphine but about 100 times more potent.

The sheriff's office noted that the prescription drug is also made and used illegally, and the CDC reports 72.9% of opioid-involved overdose deaths involve synthetic opioids.