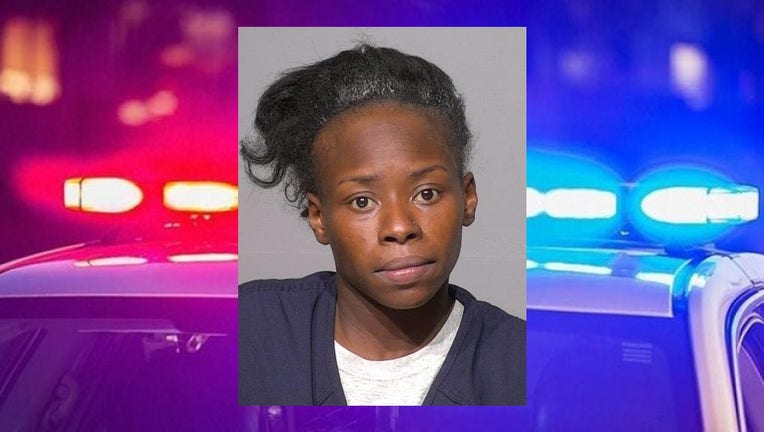 MILWAUKEE - A 31-year-old Milwaukee woman has been charged in connection to a fatal crash that happened at the intersection of Martin Luther King Drive and Burleigh Street on Monday, Sept. 6. Morhonda Hill is accused of running a red light – causing the collision.

Hill is facing the following charges: homicide by negligent operation of a vehicle, and knowingly operating a motor vehicle while revoked (causing death of another).

According to the criminal complaint, officers were dispatched to the area of Martin Luther King Drive and Burleigh Street around 9:15 a.m. for reports of a crash.

Upon arrival, officers observed a green Corvette with "massive damage," according to the complaint. It appeared to the officers that the Corvette had been struck on the driver’s side. The driver of the Corvette, identified as a 51-year-old Milwaukee man, was transported to the hospital where he died as a result of his injuries.

The officers then observed that the other vehicle involved in the collision was a black Ford SUV. The driver of the Ford was identified as Morhonda Hill.

The witness told investigators that the black SUV "ran" the red light and hit a green Corvette, causing the Corvette to spin and hit a bench on the southwest corner of the intersection.

Milwaukee police reviewed an electronic copy of the driving record of Morhonda Hill. According to the information in that record, Hill has not had a Wisconsin driver’s license issued to her and her driver’s license status is revoked indefinitely.

Body of man found on interstate in Sauk County

The Wisconsin State Patrol says the death of a man whose body was found on Interstate 90/94 in Sauk County is under investigation.

Andrea Haberman, 25, was killed in the September 11 attacks. A memorial in Kewaskum serves as a connection for those who lost loved ones.