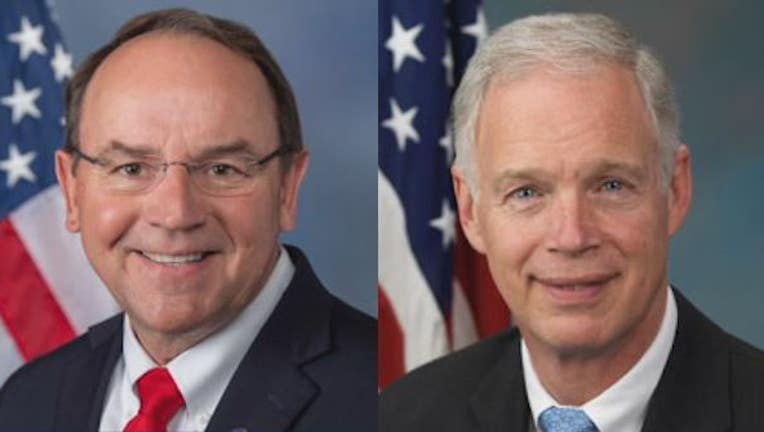 WAUSAU, Wis. - The Minocqua Brewing Company's Super Pac has raised more than $50,000 as part of its effort to oust U.S. Sen. Ron Johnson and U.S. Rep. Tom Tiffany because they challenged the election of Democrat Joe Biden.

The brewery has already paid for billboards throughout the region calling on the two Republicans to resign, the Wausau Pilot & Review reported. Two billboards on Hwy. 29 near Wausau and a third-placed on Hwy. 51 near Tomahawk show photos of the two lawmakers with the words "They Must Resign" in large red lettering.

The company, owned by Stevens Point native Kirk Bangstad, announced the launch of a Super PAC the day before the riot at the U.S. Capitol. In a Jan. 4 post announcing the Super Pac, Bangstad called lawmakers who are advocating for Trump’s victory "traitors to our country."

The brewery said it will also donate 5% of all profits to the Super Pac. The group is also targeting state Rep. Rob Swearingen, a Republican from Rhinelander, for his opposition to Gov. Tony Evers’ efforts to combat the COVID-19 pandemic.

All three Republicans are up for reelection in 2022.