The Wisconsin chapter of the Alzheimer's Association hosted its annual Walk to End Alzheimer's Sunday. Hundreds of people showed up on the Summerfest grounds to walk for a cure.

MILWAUKEE - The Wisconsin chapter of the Alzheimer's Association hosted its annual Walk to End Alzheimer's Sunday, Sept. 19. Hundreds of people showed up on the Summerfest grounds to walk for a cure.

"To have everyone together, to really share that community spirit is so important," said Terese Capizzi, vice chair, Wisconsin Alzheimer's Association Board.

Capizzi walks for her mom, who lost her battle to Alzheimer's seven years ago Sunday. 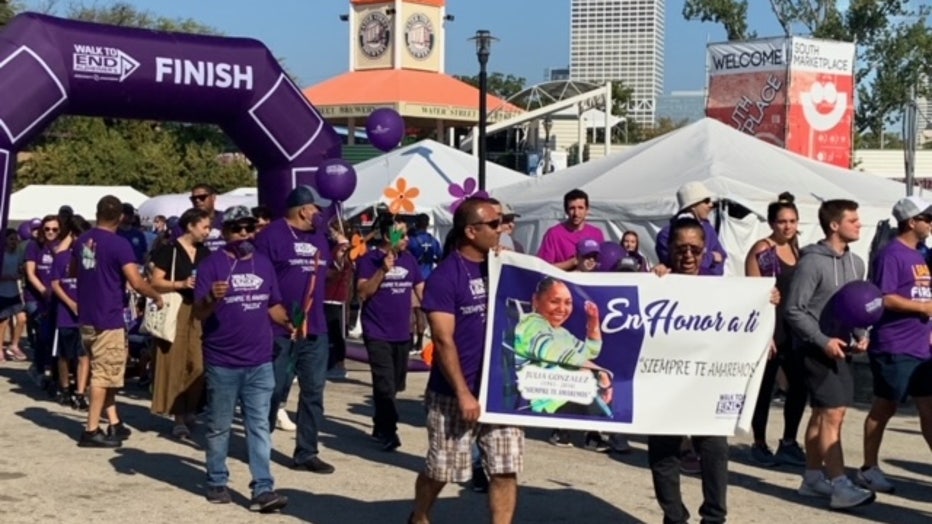 "The most important thing for people to understand is that they are not alone; that there is a community around them to help them," she said. "I personally didn’t know the impact the Alzheimer's Association could have when we were going through a 14-year battle with my mother."

Hundreds gathered on the Summerfest grounds with the unifying goal of fighting for a world without Alzheimer's. All of the walk's funds go' toward Alzheimer's research and 24/7 care for those currently struggling with it. Every participant carried flowers from the Promise Garden in their hands.

"I represent the purple flower, which is for my mother who died of Alzheimer's," said Capizzi. "There’s an orange flower for someone who is an advocate for Alzheimer's. We have a yellow for a caregiver, and we have a blue flower and you’ll see some of that here, which is impressive, people who are struggling with Alzheimer's." 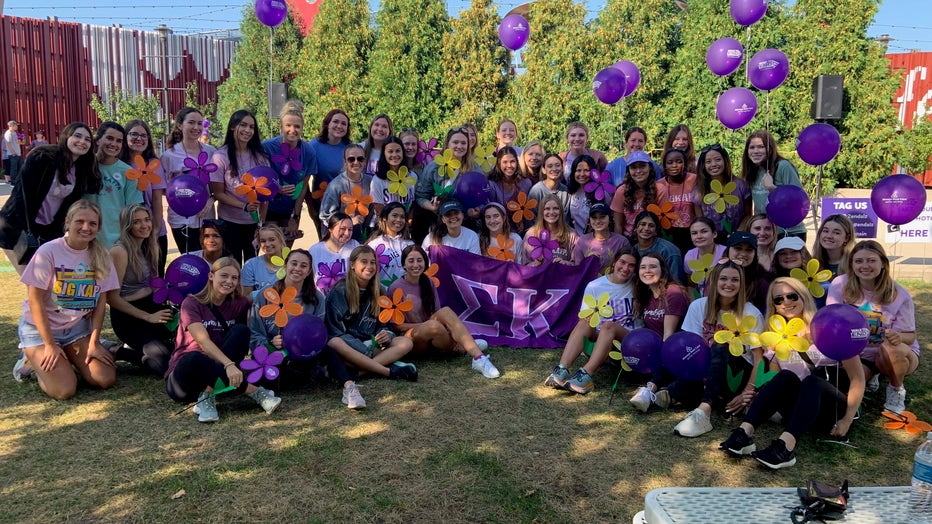 Each person walks in hopes of one day adding a white flower to the garden, representing an Alzheimer's survivor.

"I will not stop fighting until we have that white flower in the garden," said Capizzi.

More than 1,800 walkers from across the area participated in this year’s Walk to End Alzheimer’s in Milwaukee County, anticipated to raise more than $700,000 to fund research and local services in Milwaukee County including support groups, education, information and referral services, care and support, advocacy efforts and a 24/7 Helpline – 800.272.3900.

Donations can still be made to the Walk to End Alzheimer’s through Dec. 31 at act.alz.org/Milwaukee. 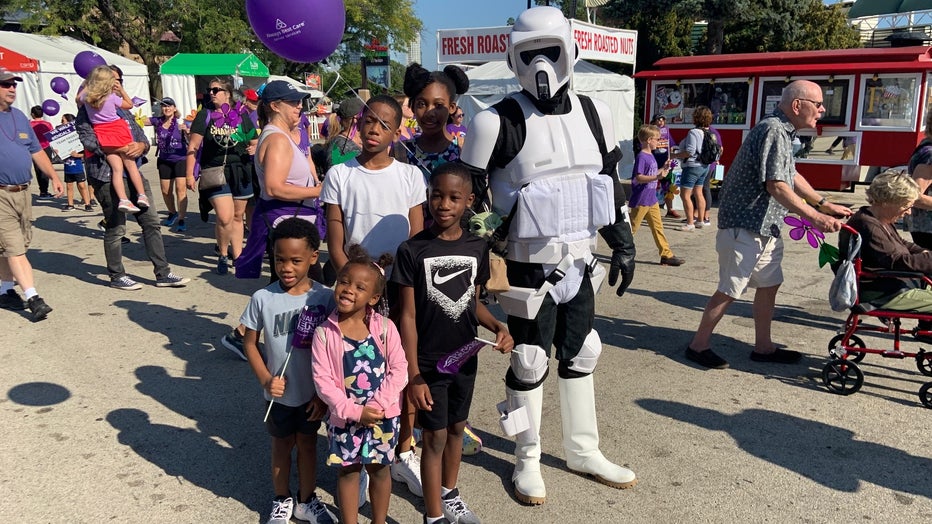 Mail-in donations should be directed to the regional mail-processing hub:

Walk to End Alzheimer's at the lakefront