In some areas, a path of destruction from severe storms Tuesday, Aug. 10 was still left to clean up Thursday. In Milwaukee's Walker Square Neighborhood, frustrations were boiling over, with residents still waiting for the city's tree removal crews to make it to the block.

MILWAUKEE - In some areas, a path of destruction from severe storms Tuesday, Aug. 10 was still left to clean up Thursday. In Milwaukee's Walker Square Neighborhood, frustrations were boiling over, with residents still waiting for the city's tree removal crews to make it to the block.

FOX6 cameras captured massive trees in the middle of the street, and toppled onto cars near 9th and Madison. The storms caused costly damage and headaches for neighbors, some who said they're just desperate to get back to their own jobs.

"It’s been very difficult," said Tulio Sanchez-Burgos. "We can’t get the answers that we need."

More than 48 hours after Mother Nature tore through the city's south side, families living in the midst of destruction were still waiting for help Thursday.

"We don’t know how long it's going to take," said Sanchez-Burgos. 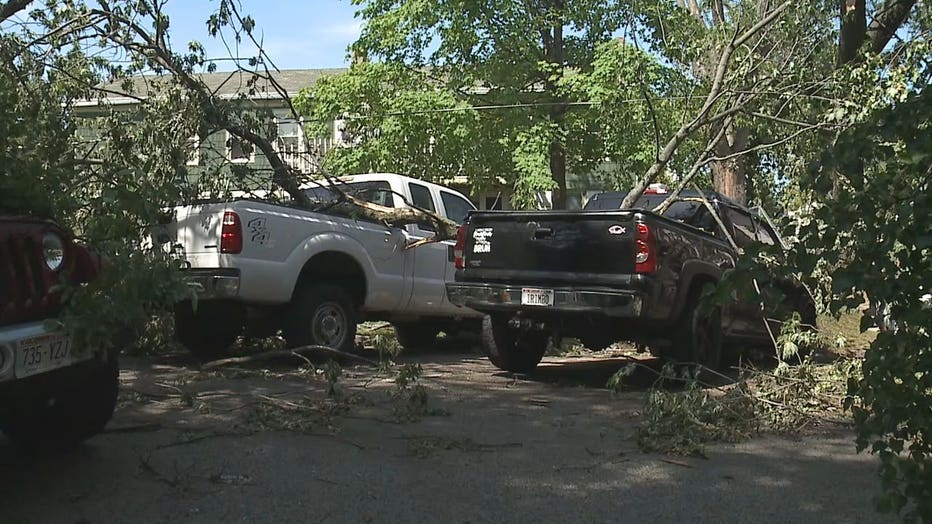 Uprooted trees crushed cars and utility poles were split at their base; the damage leaving an unstable path ahead.

Leija, who works in landscaping, reached a dead end.

"We need the truck to pull our trailers and stuff, to move," said Leija.

Leija told FOX6 News Thursday she wanted to start chipping away at the mess herself but felt uncertain as to whether it would be safe to do so. 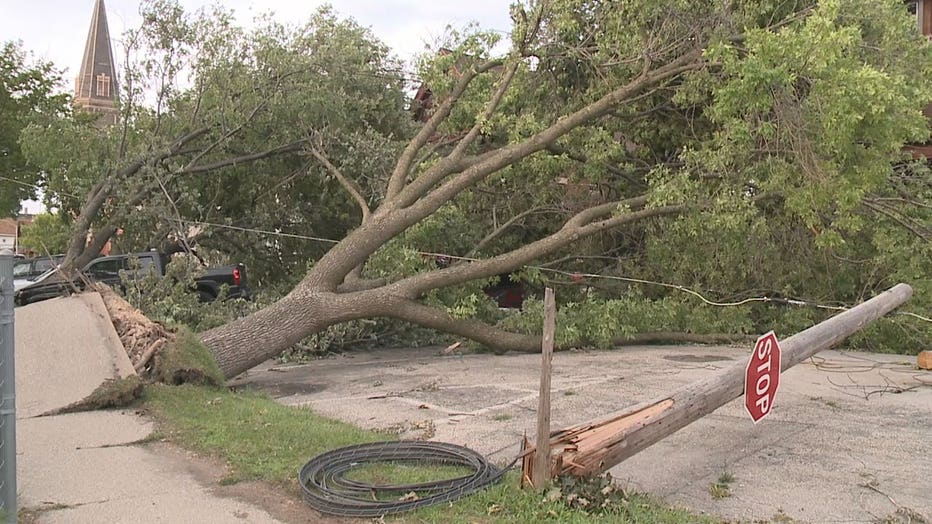 "The roots, the roots is out the ground," said Jondre Robinson.

Robinson's kitchen window was blown out. A tree covered his minivan Thursday, while the truck his neighbor uses for his painting business was ruined by Tuesday's storms.

"That could be somebody’s whole living situation," said Robinson. "This stops my neighbor from taking care of his family. "

City officials have asked for patience. 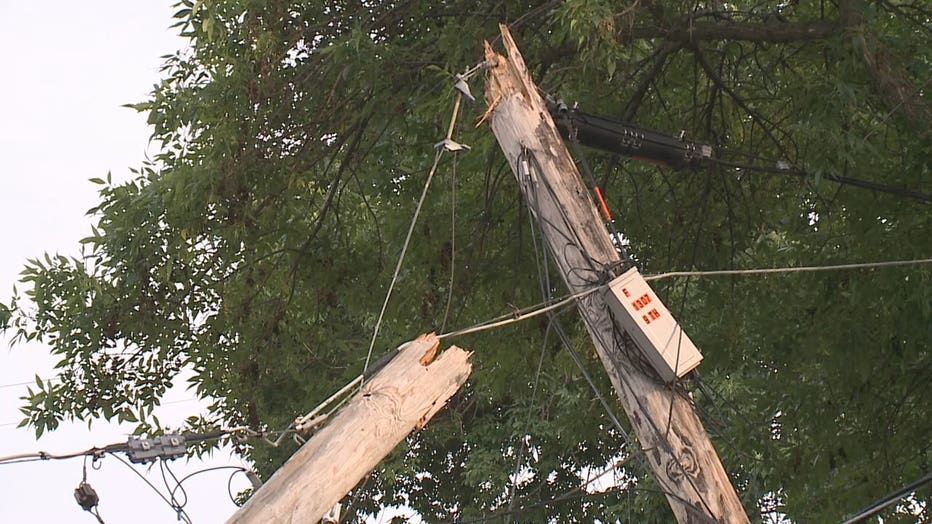 "It has really been an unprecedented storm," said Milwaukee Mayor Tom Barrett. "Please be mindful, it’s a challenging time, and I have confidence people will respond accordingly."

As of late Thursday afternoon, a spokesman with the Department of Public Works said they have received over 1,300 tree service requests. While there is no detailed timeline for specific locations, he said Thursday their forestry crews would be working nonstop through the weekend to get the job done.

It has been a battle for crews working to clean up the storm damage in the City of Milwaukee.