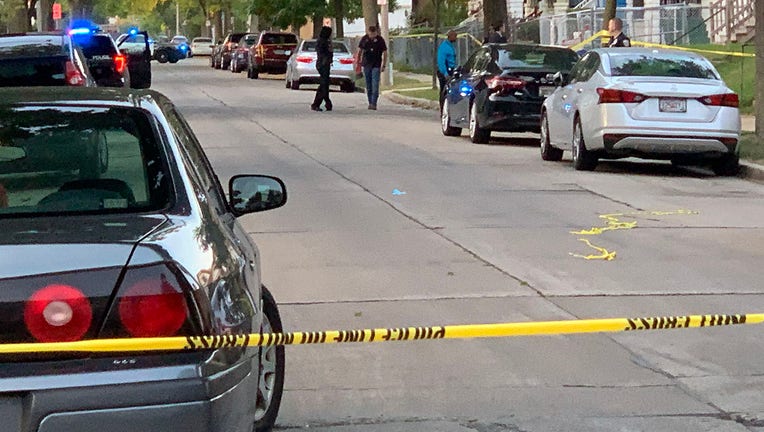 Milwaukee police at shooting scene near 3rd and Nash.

MILWAUKEE - A 29-year-old Milwaukee man was shot and seriously injured near 3rd and Nash on Thursday, Sept. 30.

Police said the shooting was the result of a fight and happened around 5:20 p.m. The victim was taken to the hospital and is in stable condition.

Police are seeking unknown suspects. Anyone with information is asked to contact the Milwaukee Police Department at 414-935-7360; to remain anonymous, call Crime Stoppers at 414-224-TIPS or use the P3 tips app.

Four people were arrested after a police pursuit ended in a crash near Green Bay and Green Tree roads on Thursday afternoon, Sept. 30.