A 2-year-old boy, his grandma and one other person were hurt in a drive-by shooting near 21st and Keefe on Tuesday. The boy suffered life-threatening injuries and was hospitalized in critical condition.

MILWAUKEE - A 2-year-old boy, his grandmother and one other person were shot and wounded in Milwaukee's Franklin Heights neighborhood Tuesday, Oct. 4.

The shooting near 21st and Keefe happened around 2:15 p.m. The park where the boy was shot was littered with yellow as police surrounded a playground to collect evidence.

"It’s really, really bad over here," one neighbor told FOX6 News. She asked not to be identified, afraid the shooter might retaliate.

The neighbor said she heard the gunshots and the screams for help. 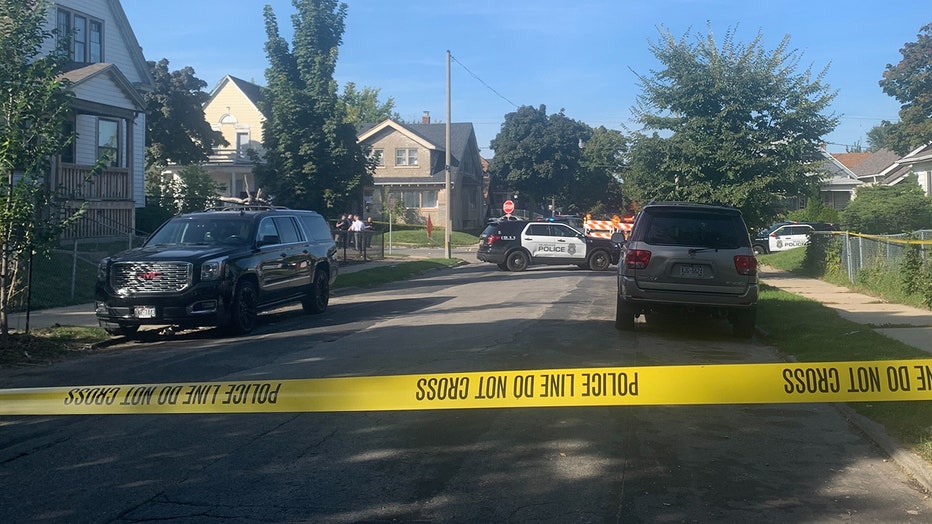 Police said someone fired "several" shots from a passing car and hit a 20-year-old man. The shots also hit the 2-year-old and his 74-year-old grandmother. All three people were seriously injured and taken to the hospital, the 2-year-old in critical condition. The neighbor said she held the boy until the ambulance arrived.

The neighbor said she hears gunshots too often. It's why she does not let her own children play outside there.

Police are looking for whoever is responsible. Anyone with information is asked to call MPD at 414-935-7360; to remain anonymous, call Crime Stoppers at 414-224-TIPS or use the P3 tips app.