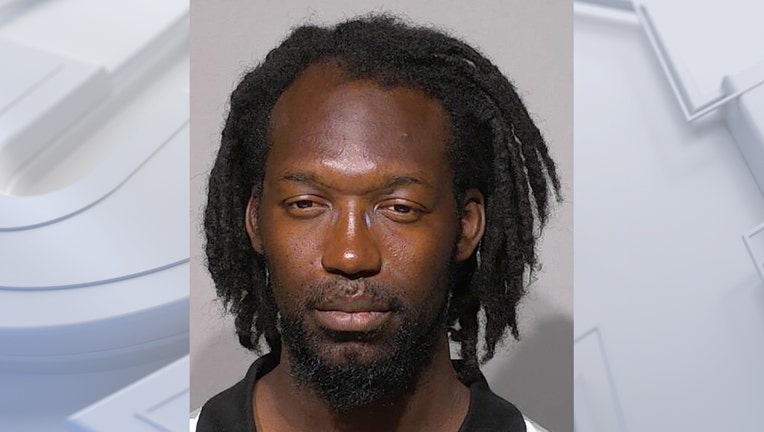 Court documents state Rowell was convicted of indecent exposure in Alabama in 2012 and in Iowa in 2016. Upon release from prison earlier in 2021, Rowell was required to comply with lifetime GPS tracking per Wisconsin state statute and to register with the Wisconsin Sex Offender Registry.

According to a criminal complaint, the Department of Corrections received an alert on June 8 that the GPS tracker "had possibly been removed and was no longer in contact with (Rowell's) skin." Later that day, police responded to a Glendale motel where the tracker was transmitting its location from. Nobody answered the door, but Rowell answered his phone and said he wasn't there – providing no other information. On June 11, the tracker was found, apparently cut, in the room.

In the days leading up to those events, Rowell allegedly exposed himself on two different occasions. Another incident occurred the same day the tracker was found.

The morning of June 5, the complaint states, Rowell allegedly exposed himself to a worker at an eyeglass store. The worker said she felt "awkward" immediately from Rowell's presence because he kept looking at her as he browsed the store for roughly 30 minutes before the incident. The worker told Rowell to leave immediately; on his way out, the complaint states, he said, "I'll come back later."

On June 11, the complaint states, a witness saw a man – since identified as Rowell – inside a Marquette University building. The witness said Rowell got off the elevator and sat down near her, staring at her, but she continued to study. Later, she said, she saw Rowell with his hand in his pants and suspected he was engaging in inappropriate behavior based on his hand movements. The witness began to pack up and leave when Rowell said to "have a good weekend" before he left.

Marquette police responded to the same building on June 14 and saw Rowell again. The officer asked Rowell to identify himself, to which he allegedly responded: "Y'all know who I am." He was shortly thereafter taken into custody. Another officer at the scene that day spoke to several students, who said they had seen Rowell with his hands in his pants; one student said they had seen Rowell there repeatedly, the complaint states.

In an interview with police, Rowell stated he was at the eyeglass store but initially denied exposing himself. He later was shown photographs of the incident, and confirmed that it was him. Asked about the tracker, he said he removed it because he know police were looking for him.

Rowell is charged with:

A preliminary hearing is scheduled for July 6.

The U.S Marshals Task Force and the Milwaukee County Sheriff’s Office are looking for Arturo Ramirez, wanted for second-degree sexual assault of a child.

A Milwaukee County judge sentenced Daetwan Robinson to 20 years in prison for a crash that killed two young sisters and injured their cousin on Milwaukee's north side in October 2019.