MILWAUKEE - Two Milwaukee men are in police custody following a police pursuit and crash that ended near 1st and Burleigh on Tuesday afternoon, March 29.

Officials say around 4:30 p.m. Tuesday, officers attempted to stop a vehicle near 16th and Meinecke that was wanted for fleeing. The driver refused to stop, fled and a vehicle pursuit ensued. The pursuit ended when the vehicle lost control, struck a curb and rolled near 1st and Burleigh.

The occupants of the vehicle fled on foot but were arrested after a brief foot pursuit. 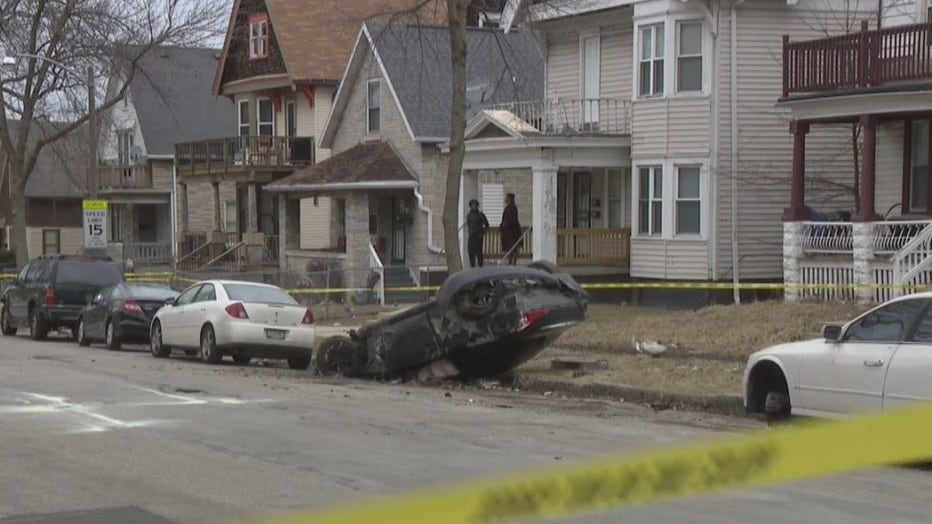