Milwaukee parking enforcement officers are being called out daily for complaints of cars parked illegally on the street. Early Thursday morning, once such call took a scary turn.

MILWAUKEE - Milwaukee parking enforcement officers are being called out daily for complaints of cars parked illegally on the street. Early Thursday morning, June 10, once such call took a scary turn.

Police were called to the area of 65th and Congress around 2 a.m.; a driver spat on a parking enforcement officer after being issued a ticket.

The latest incident highlights the dangers seen far too often in an often thankless job that can bring out the worst in people.

"This should not be a violent situation," said Jeff Polenske, Department of Public Works commissioner. "This is unacceptable that anybody such as a parking enforcement officer or any public servant should be threatened."

Polenske said the department gets roughly 35,000 to 40,0000 calls for service each year. Employees are often faced with scary situations.

"They will routinely come into contact with motorists who are unhappy with the citation that they’re getting," Polenske said. 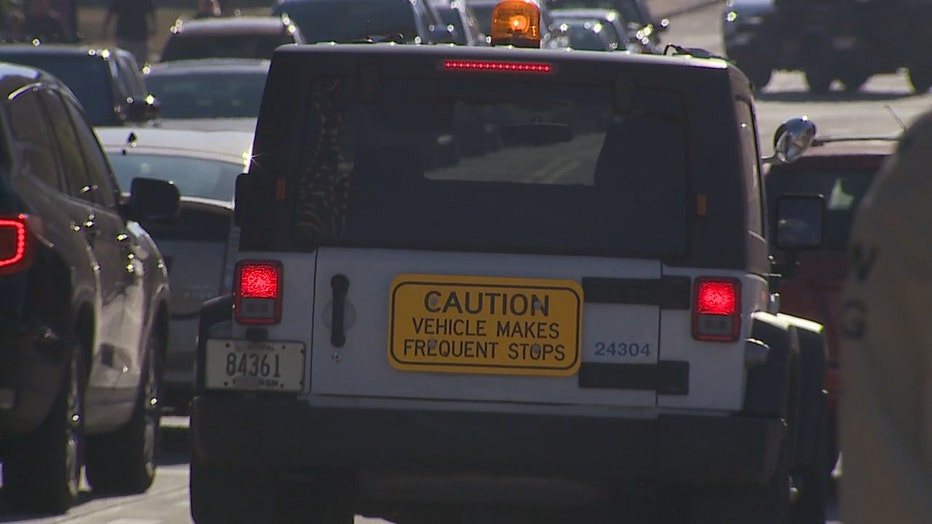 Training is key, Polenske says. Parking enforcement officers are often paired up to stay safe and are told to call police or leave the area if it gets too dangerous.

"We do train our parking enforcement officers to try to avoid those sorts of situations if something were to get too situational or too problematic for them," said Polenske. "We have to keep our employees safe. There is no reason for this to happen."

Police are still looking for the known suspect in the case. FOX6 News is told the parking enforcement officer sought medical attention after the incident.