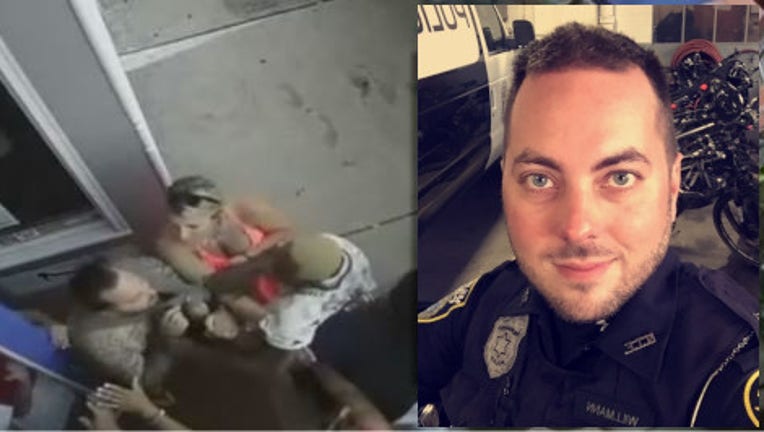 MILWAUKEE - A Milwaukee police officer pleaded guilty to two counts of disorderly conduct stemming from an incident when he was at a bar off-duty during a protest in July 2020. It was part of a plea deal.

Video showed Willmann being pushed to the ground outside of a bar on Old World Third Street in July 2020. Charging documents say this all started when Willmann's wife left the bar, started shouting at the protestors, and threw her beer towards them. Security cameras captured the moment Officer Willmann fell to the ground.

LaTasha Lux was one of two photographers mentioned in the criminal complaint. The document says Willmann struck Lux's camera, causing it to hit her in the face. Court documents say Willmann admitted to striking two different cameras to try and prevent them from taking photos of his wife.

Loved ones say a mother of two found dead in West Allis had recently become homeless and was working to get her life back on track. They want answers as to how and why she died.

After a typical month of November temperature-wise, December looks to start off on the warm side, with some 50-degree weather possible this week!

President Joe Biden on Monday, Nov. 29 called the new coronavirus variant a "cause for concern" but "not panic" as countries, including the United States, limit travel from several South African nations, including South Africa, which discovered the variant.