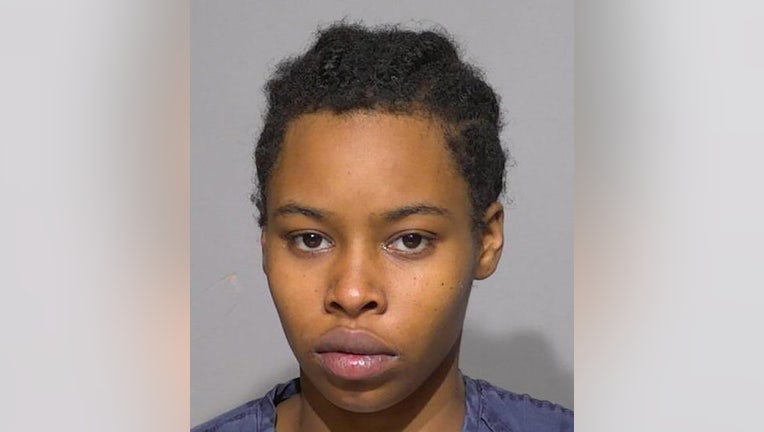 MILWAUKEE - Tateyani Harris of Milwaukee reached a plea agreement in connection with the the death of her 15-month-old child.

According to online court records, Harris pleaded guilty on Thursday, Jan. 5 to child neglect resulting in death. A second charge of first-degree reckless homicide was dismissed by the court.

According to the criminal complaint, first responders with the Milwaukee Fire Department were dispatched to a residence near Buffum and Wright in Milwaukee on the afternoon of Jul. 5. They were dispatched in response to an "unresponsive child needing immediate medical attention," the complaint says. When the firefighters arrived on the scene, the 15-month-old child was unresponsive and not breathing. A short time later, the child was declared deceased.

Police interviewed the mother of the child, Harris. Harris, now 25, told a detective she had gone out with a friend and the child on Jul. 4, 2021. That evening, they were at the friend's house and "snorted cocaine," the complaint says.

At 1 a.m. on July 5, 2021, the friend drove Harris and the child back to Harris' residence on Buffum. Harris told the other occupants at the residence that the child was asleep in his car seat. She indicated she was leaving and that the occupants should "call her if (the child) woke up," the complaint says.

At 4 a.m., Harris told the detective she returned home and indicated the child was still asleep in his car seat but woke up a short time later. At 8:30 a.m., the complaint says Harris brought the child into bed with her -- and they both fell asleep.

According to the complaint, at 1:30 p.m., Harris' mother woke Harris to request a ride. When Harris reached over to the child, he "was cold to the touch." She called 911.

Detectives collected evidence in the bedroom where the child was found -- including two sippy cups. During this collection, one detective's face became numb and tingly. The detective became concerned that she came into contact with a substance that caused the reaction – and she left the room.

The complaint indicates on Jul. 22, 2021, a forensic toxicologist with the Milwaukee County Medical Examiner's Office reported both sippy cups were "tested and returned a positive result for the presence of fentanyl." On Aug. 11, a doctor ruled the child's cause of death was "due to mixed drug toxicity."

When questioned about the fentanyl, Harris confirmed snorting cocaine with a friend. But she "claimed to not know how fentanyl got inside of (the child's) sippy cup," the complaint says.

Harris's sentencing hearing is scheduled for Friday, Mar. 24. Child neglect resulting in death carries a maximum sentence of 25 years in prison and a fine of up to $100,000.