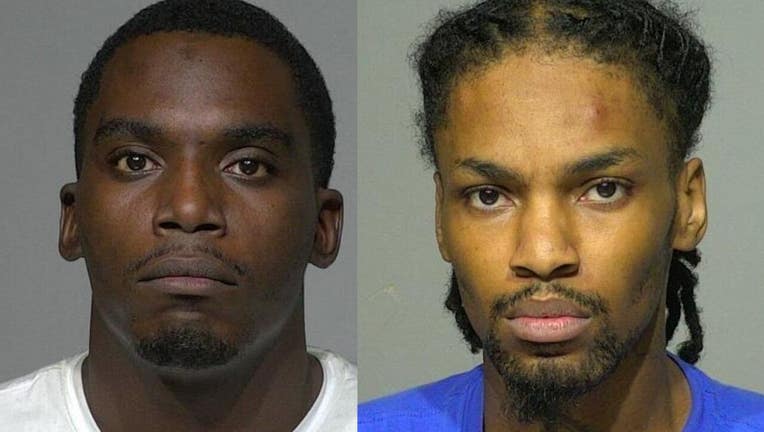 MILWAUKEE - Two Milwaukee men who are convicted felons were arrested after prosecutors say heroin/fentanyl, cocaine/fentanyl, multiple guns and a child under the age of 1 were found in their vehicle during a traffic stop.

A criminal complaint says on Aug. 16, police spotted a Mercedes with no plates and "excessive window tinting" on Sherman Boulevard and stopped it.

When officers approached, the complaint says they smelled marijuana, and the front passenger ran from the vehicle as police were dealing with Ball, the driver. At that point, prosecutors say Gillispie, who was in the back, got out of the vehicle and went to the driver's side, unsuccessfully attempting to start it. He then ran away, and the complaint says police saw him toss a black pistol over a fence. He was eventually arrested.

Another gun was found under the front passenger seat during a search of the vehicle, along with suspected crack cocaine/fentanyl, heroin/fentanyl and marijuana. Officers also found a digital scale, four phones and more than $1,000 in cash, prosecutors say. Additionally, a boy under the age of 1 was in the backseat with two firearms and narcotics.

The complaint notes that "based on the items recovered, officers believed the drugs were consistent with street-level sales."

The two defendants were previously convicted of felonies; Ball for delivery of heroin meth and Gillispie for armed robbery and felon in possession of a firearm.