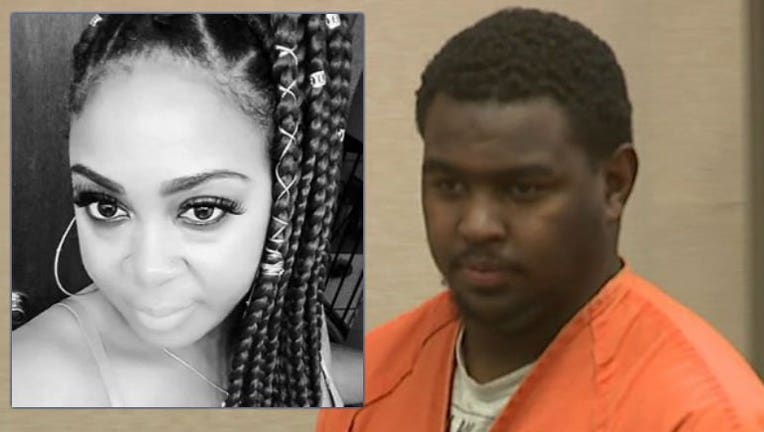 MILWAUKEE - A Milwaukee County judge sentenced Oshonti Cannady on Friday, Oct. 22 to 30 years in prison plus an additional 11 years of extended supervision in connection with a triple shooting that left one dead at 85th and Grantosa in July 2019.

Prosecutors said the homicide victim, identified as Sonya Collins, was trying to protect her daughter from her abusive boyfriend. Prosecutors said Cannady and his girlfriend, Collins' daughter, were arguing on the phone while she was driving to Collins' house near 85th and Grantosa. During the conversation, Cannady allegedly said, "On my kids, I finna shooting that (expletive) up."

Once Collins' daughter got to the house, the criminal complaint states Cannady also showed up with two other men and began acting "as though he would physically assault" his girlfriend and the female friend she was with. That is when Collins came outside and "attempted to prevent the defendant from attacking (her daughter)."

The complaint indicates Cannady went back to his vehicle, "retrieved a firearm" and "shot at" all three women. One bullet struck Collins in the chest, killing her. Collins' daughter and her friend were also hit and wounded.

The Milwaukee County Medical Examiner's Office conducted an autopsy on 3-year-old Major Harris on Friday morning, Oct. 22 – and ruled the death as a homicide.

The FBI in Milwaukee launched on Friday, Oct. 22 a mobile hate crime reporting campaign utilizing a pair of Milwaukee County Transit Buses as part of a nationwide effort to encourage reporting hate crime to law enforcement.