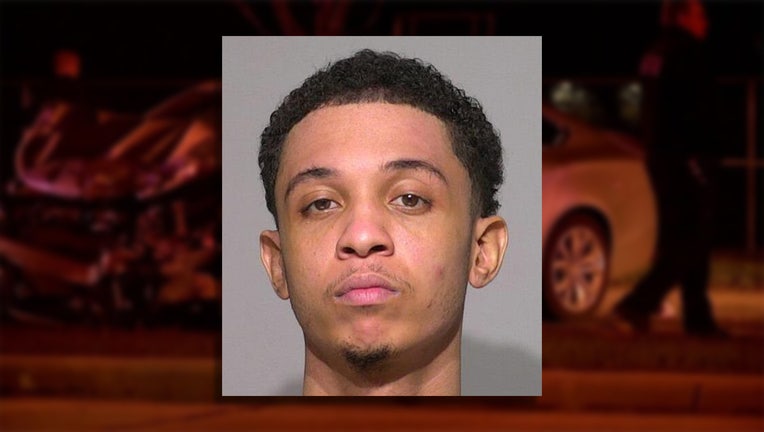 MILWAUKEE - Terrance Williams Jr., 28, of Milwaukee has been sentenced to four years in prison for a fatal 2019 crash.

Williams was sentenced on two felony counts -- homicide by negligent operation of a vehicle and knowingly operating while suspended, causing death. In addition to prison time, he was sentenced to five years of extended supervision and given credit for four days served. He was originally charged with one count of second-degree reckless homicide in the case.

The crash happened near 51st and Silver Spring in April 2019. According to a criminal complaint, police came upon a vehicle with extensive damage that seemed to have been hit on the driver's side and another vehicle with damage to the front end.

The victim, Jeremy Triplett, a father of three, was found in the rear passenger area of the vehicle that was struck. DNA evidence revealed he was the driver and he was pronounced dead at the scene. Two passengers survived the crash but sustained facial injuries.

No one was found inside the striking vehicle at the scene. The driver was later identified as Williams, who admitted to driving the vehicle.

The complaint states that Williams reached speeds as high as 104 mph seconds before the crash in a 35 mph zone. Data from the car's airbag control module also showed that the brakes were applied one second before impact.

Williams said he saw flashing yellow lights at the intersection when he saw the victim's vehicle pull into the intersection. He said he tried to avoid it, but ended up crashing into it.

Prosecutors said Williams admitted to smoking marijuana hours before the crash, but that he was not intoxicated when the crash occurred -- despite smoking one joint and having one drink.

The complaint noted a Wisconsin State Crime Lab analyst determined, based upon retrograde calculations, that the BAC was between .103 and .182 at the time of the crash.