A Milwaukee woman is charged, accused of setting a man's head on fire while he slept. The woman's mother tells FOX6 News that she sought treatment for mental health issues, but needed more help.

MILWAUKEE - A 29-year-old Milwaukee woman is accused of setting a man on fire while he slept.

Prosecutors charged Tuhontsy Smith with arson, among other charges, in connection to the June 3 incident.

A criminal complaint states the victim, a 29-year-old man, told police that Smith had lit him on fire near Center and Lisbon on the city's north side.

The victim said, according to the complaint, that the afternoon prior to the incident Smith was "non-verbal" and was "pacing around the house, continuously walking in circles." He said she was acting "weird" and "nonchalant."

Around 4 a.m. on June 3, the complaint states the victim woke up abruptly to the back of his head and body on fire. He did not have a fire extinguisher and tried to put the flames out with his bare hands. In the process, a room started on fire. He said he did not realize how bad his burns were until he arrived at his parents house and called 911.

The complaint states the victim told police that he did not witness Smith set him on fire, but that she was the only other person in the house at the time.

Smith told police, according to the complaint, that she has mental health issues and admitted that she set his head on fire. She said she believed the victim had poisoned her chicken wings.

Smith also told police that she was not trying to kill the victim. She said she poured lighter fluid and poured it on his head, igniting it with a lighter.

The victim's burns were second- and third-degree to his neck, chest, head, ears and hands.

In all, Smith is charged with arson of building; mayhem, domestic abuse assessments; and first-degree recklessly endangering safety.

A GoFundMe online fundraiser has been started to assist the victim.

Smith's mother, Tracy Kidd, spoke to FOX6 News on Friday, Kune 11 about her daughter's mental health struggles in the last few months and said she tried to get help.

"My daughter has been suffering with schizophrenia, bipolar and severe depression, and she couldn’t get any help," Kidd said. "She was paranoid, she thought that she was going to be killed, but, she snapped out."

Just a few months ago, Kidd said, Smith was being treated at the Milwaukee County Behavioral Health Center. Kidd believes her daughter was released too soon and said she asked for more to be done.

"Her and her husband has been going through some problems," Kidd said, saying the victim and Smith share a home with their two daughters. 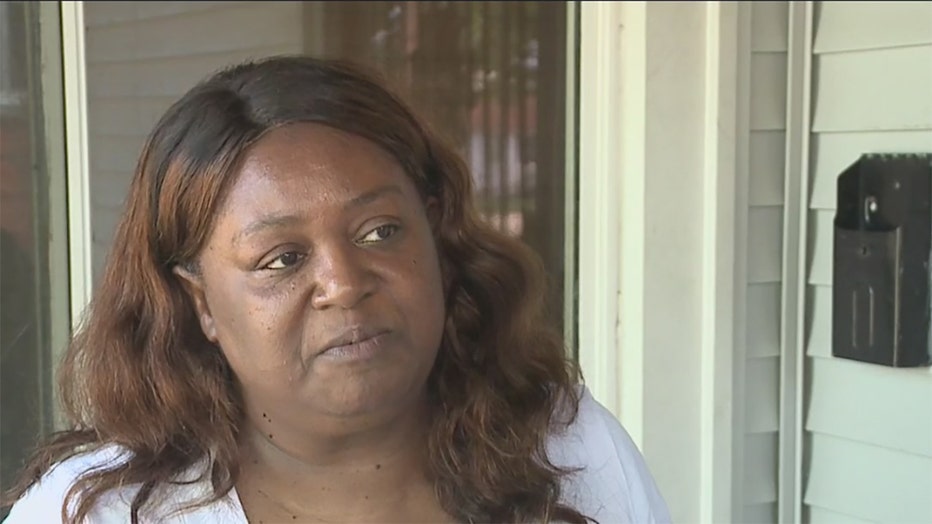 Kidd said Smith was hospitalized and released in February after a traumatic event.

"She had my grandbaby at eight-and-a-half months. She attempted suicide, she tried to kill herself and she was on dialysis, ICU she was dying," Kidd said.

Kidd said her daughter was not ready to come home but was discharged anyway. She stopped taking her medication, and says the facility should have taken her back in instead of "letting her stay home."

"Tuhontsy is kind-hearted she’s very giving," Kidd said. "If you have a family member, with mental health issues, don’t ignore it. Get them some help."

FOX6 News reached out to Milwaukee County Behavioral Health on Friday afternoon, June 11, but did not hear back.

There's a push to help honor a local veteran four years after his death.