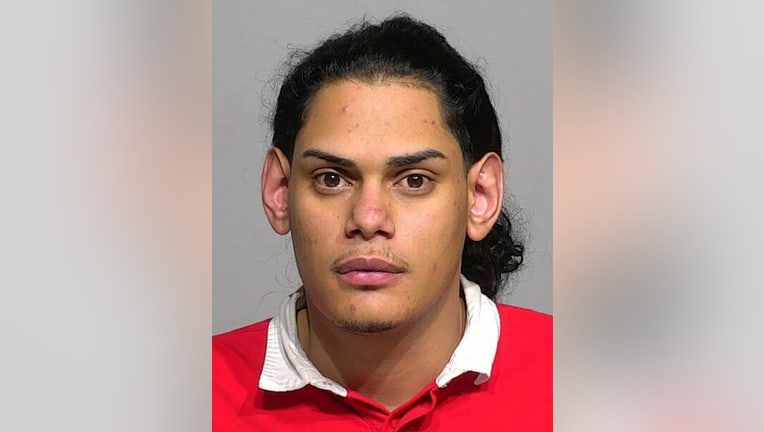 MILWAUKEE - A 21-year-old Milwaukee man is accused in a double shooting on the city's south side – in which one woman died from her injuries. The accused is Renzo Rascon-Gamboa – and he faces the following criminal counts:

According to the criminal complaint, an officer was dispatched early on Aug. 26 to 14th and Washington in Milwaukee for a vandalism complaint. The officer spotted a car with a "shattered rear window and two bricks resting atop a broken windshield."

The officer also came upon five females -- one who indicated "she had ongoing issues with her ex-boyfriend, the defendant." The woman said that morning she and her girlfriends were "retaliating for an earlier incident where her vehicle was damaged on July 9," the complaint says. The woman admitted to officers she had broken the windows of the vehicle at 14th and Washington.

About an hour-and-a-half later, officers were dispatched to a shooting at 11th and Hayes where they found the victim "in the front passenger seat of a vehicle with a gunshot wound." She later died. A second woman suffered a non-life-threatening gunshot wound to one of her ears.

The complaint says when officers again spoke to the woman who admitted to damaging the car earlier, she said she and the four other women returned to the scene of the vandalism because one person had lost her wallet. The woman "admitted they saw the defendant's vehicle and chased it. (The woman) said that she heard a gunshot and saw the defendant's vehicle suddenly pull over," the complaint says. At that point, the complaint says "the defendant exited the passenger side of the Honda and fired a gunshot at them." The woman said she saw two of the women get hit by gunfire. The women drove to 11th and Hayes where they met officers.

While charges have been filed against Rascon-Gamboa, he is not in custody. A warrant has been issued for his arrest, online court records show.

A new report suggests people are buying dramatically more alcohol as the COVID-19 pandemic drags on.

Two people were injured when a city of Milwaukee Department of Public Works (DPW) garbage truck lost control and crashed after a tire blew out near 82nd and Good Hope.