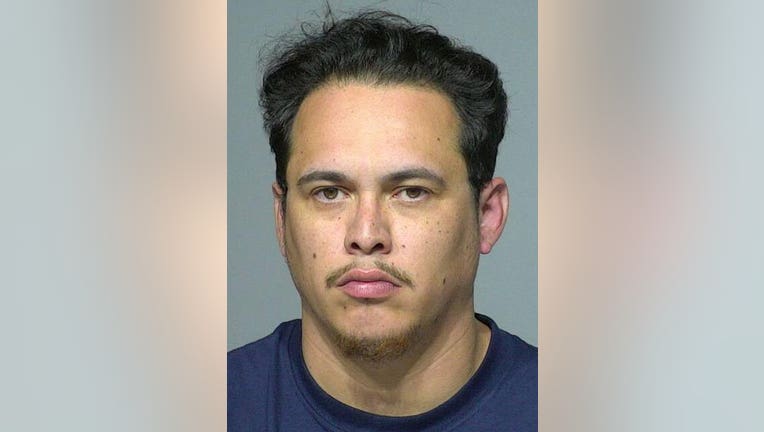 MILWAUKEE - A 32-year-old Milwaukee man is accused of abusing of a 2-year-old boy in his care. The accused is Miguel Viramontes-Taylor – and he faces the following criminal counts:

According to the criminal complaint, Milwaukee and West Allis firefighters were called on Friday, Aug. 26 for mutual aid to a residence near 61st and Stack. When the firefighters arrived on the scene, they found a 2-year-old boy who "was pale but breathing," the complaint says. Officials also noticed the child's jaw was clenched, his pupils were unequal, and the child "had bruises on both his knees, his ribs, his face, and his back," the complaint says. The 2-year-old was taken to Children's Wisconsin for treatment.

A certified pediatric child abuse doctor examined the 2-year-old. The complaint says the "size and shape of the arc bruises (on the child) suggest they were caused by an adult biting." The doctor also noted "there were multiple bruises to multiple parts of the body, many of which are patterned and on locations of the body in areas that are not typical for accidental injuries in active children," the complaint says.

A detective interviewed the defendant. The complaint says Viramontes-Taylor was at the residence to watch children. He told the detective he left the 2-year-old seated in a high chair and went outside to play with other children. The complaint says the defendant "stated he was outside for about five minutes and when he returned to the house, he observed (the child) was shaking, blue, and not breathing." Viramontes-Taylor stated he took the child out of the high chair, attempted to take something out of his mouth, and started doing CPR. Viramontes-Taylor said he then took the child "into the shower and turned the cold water on. The defendant stated the cold water revived (the child) and he was conscious. Before this, the defendant did not call 911 or seek medical help," the complaint says.

Viramontes-Taylor told investigators "he was responsible for the children and the only adult present," but "doesn't know how (the child) received his numerous injuries," the complaint said. The defendant also told the detective "he was diagnosed with EBD (Emotional Behavioral disorder) and 'socio emotional,' which he explained means he has 'no feelings,'" the complaint says.

Viramontes-Taylor made his initial appearance in Milwaukee County court on Thursday, Sept. 1. Cash bond was set at $50,000. A preliminary hearing for Viramontes-Taylor has been set for Sept. 12.