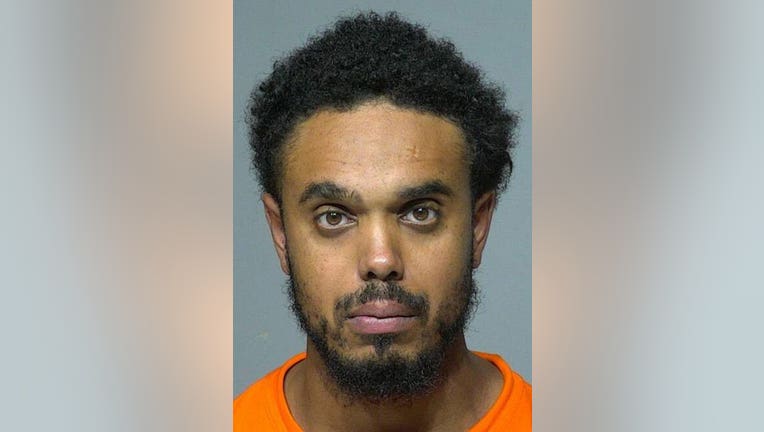 MILWAUKEE - A 31-year-old Milwaukee man faces three counts of armed robbery in connection with incidents in the last month. The accused is Derek Hooten.

According to the criminal complaint, Milwaukee police responded on Thursday, Aug. 4 to a report of an armed robbery near 39th and Vliet. A man told officers he was walking to work around 9 a.m. when he was approached by an unknown man who "demanded everything he had" and pointed a handgun at him. The victim gave up his wallet which contained some cash, credit cards, and his driver's license. The victim provided a description of the robber.

On Wednesday, Aug. 17, the complaint says officers were dispatched to 19th and Mitchell to investigate an armed robbery. The victim told officers he got off a bus and was walking to work when a man approached him from behind. The complaint says the man "was holding a firearm and said, 'I need for you to take everything out of your pockets, take your backpack off.'" The victim threw his backpack and wallet on the ground -- and the suspect told him to run. A surveillance camera of a business nearby captured this crime on video, the complaint says.

Later on Aug. 17, officers responded to another armed robbery -- this time near 25th and National Avenue. The victim stated he was walking when he was approached by a man who "displayed a handgun and told (the victim) to drop his backpack and empty his pockets." Again, the victim provided a description of the robber.

Officers then tracked the cellphone of the first victim from Aug. 17. It was tracked to the area of Capitol and Fond du Lac. Officers spotted an SUV matching the description of a vehicle described by the victim in that instance. The SUV went to a McDonald's drive-thru. Officers surrounded the SUV. The driver exited the vehicle and was taken into custody, the complaint says.

Hooten made his initial appearance in Milwaukee County court on Monday, Aug. 22. Cash bond was set at $25,000. Hooten is due back in court for a preliminary hearing on Aug. 30.