While some who spoke to FOX6 News expressed optimism, others are skeptical of which campaign promises the administration will keep.

A Wednesday demonstration on Milwaukee's south side called for an end to family separation at the U.S.-Mexico border.

"We really believe that apart from everything political parties tend to promise things that placate the Latino community…they need to be held accountable," said Juan Miguel Martinez with Milwaukee's Brown Berets. 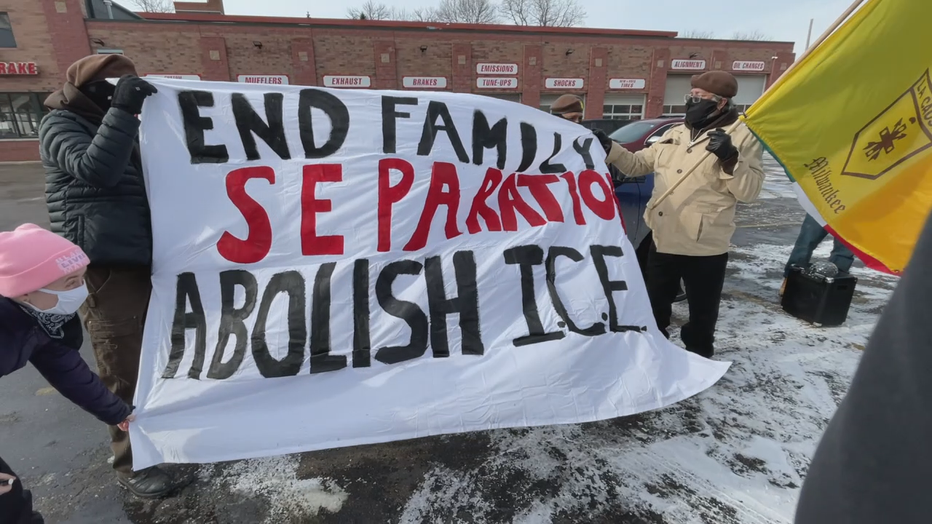 Milwaukee's Brown Berets hold a demonstration on the city's south side on Inauguration Day, Jan. 20, 2021.

In the first 100 days in office, the Biden-Harris administration is expected to issue an executive order giving 11 million people a pathway to U.S. citizenship. The current proposal puts people on an 8-year plan for citizenship. Members of Milwaukee's Brown Berets told FOX6 News that they want the newly sworn-in president to do more on the issue.

"In those eight years. administrations can change things change. We’re hopeful, but that is still not a permanent solution to the problem," one Brown Berets member said.

Latinos played a crucial role in the 2020 election, proving their power at the polls to both major political parties.

During Inauguration Day ceremonies, there were moments of Latino representation. 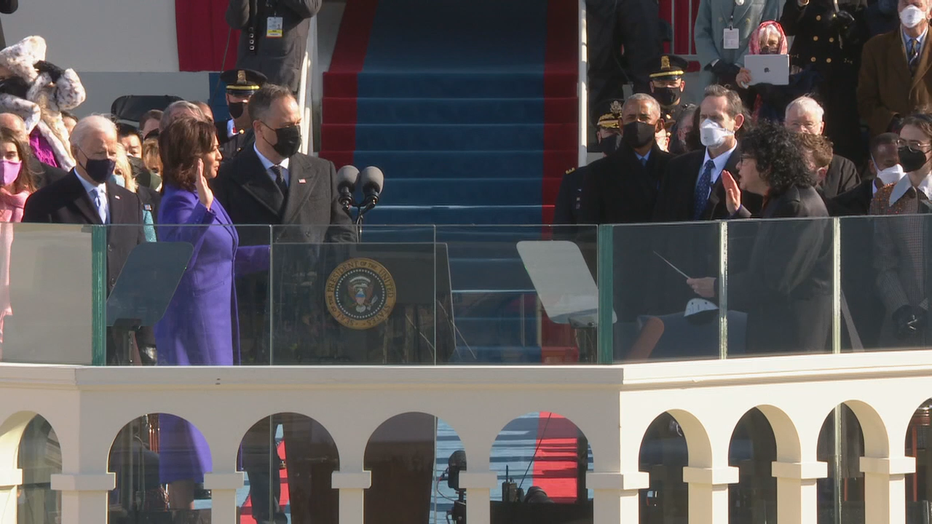 Kamala Harris (L) takes the oath of the office of the vice president of the United States issued by U.S. Supreme Court Justice Sonia Sotomayor (R).

Eileen Figueroa with Forward Latino said watching the swearing-in of Vice President Kamala Harris was a moment of pride, as was seeing Supreme Court Justice Sonia Sotomayor issuing the oath of office.

"I’m very proud of my Puerto Rican heritage and just seeing our first Supreme Court Justice Sonia Sotomayor, even J-Lo (Jennifer Lopez)," said Figueroa. "It just goes to show the hard work that us Latinas have put in to do what we do on a daily basis. Having that recognized on that grand of a platform is just like limitless." 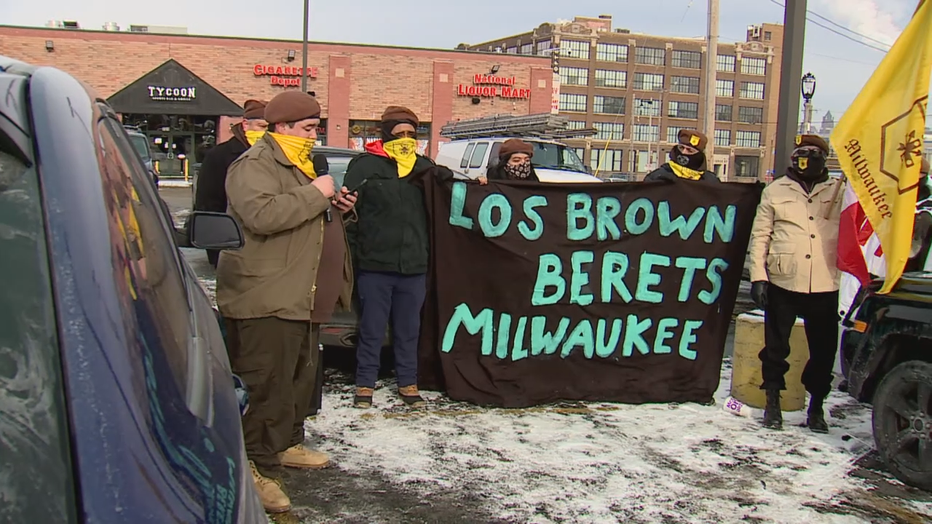 Milwaukee's Brown Berets hold a demonstration on the city's south side on Inauguration Day, Jan. 20, 2021.

Darryl Morin, president of Forward Latino, said immigration is an issue previous administrations have pushed to their second term in office.

"We’re very hopeful that this administration will be able to work with Congress and get that done once and for all," Morin said.

Morin feels optimistic for what lies ahead.

"We can’t fully open up our country and get everyone back on their feet until we control the virus. We’re really excited for the agenda we see in his first 100 days," said Morin.

Marquette University Professor and Chair in the Department of Political Science Paul Nolette joined FOX6 News at 5 on Inauguration Day 2021, discussing the challenges that the Biden administration faces.

Milwaukee welcomes Harris as VP: 'A woman who represents all of us'

Kamala Harris made history Wednesday, Jan. 20 when she was sworn in as America's first female vice president. The new chapter was celebrated nationwide, including in Milwaukee.