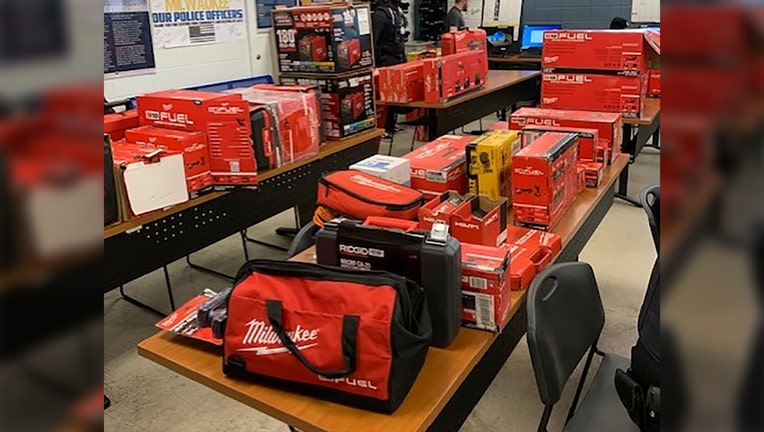 MILWAUKEE - Milwaukee police said a suspect has been arrested, accused of stealing at tens of thousands of dollars worth of tools from a Home Depot on the city's south side.

In a Facebook post, police said the arrest was made Sunday. The suspect was wanted for 14 counts of felony retail theft.

The Home Depot, located near Holt and Chase, estimated the suspect was responsible for stealing at least $70,000 worth of merchandise.

Once the suspect was arrested, police said a search warrant was executed and officers recovered $18,000 worth of stolen tools in a storage locker.

Republican Wisconsin lawmakers are pushing a plan that would lower the minimum age to legally carry a concealed weapon in the state.