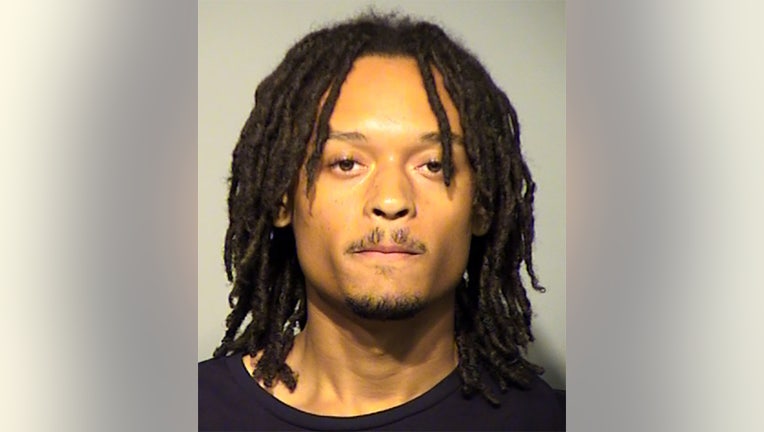 MILWAUKEE - A 24-year-old Milwaukee man is accused in a hit-and-run crash that happened in the city's Harambee neighborhood back in May. The accused is Felton Powell – and he faces the following criminal counts:

According to the criminal complaint, officers were dispatched on Tuesday, May 18 to the intersection of N. Bluhms Place and E. Burleigh Street to investigate a hit-and-run of a pedestrian. Citizen witnesses indicated the vehicle that struck the person was a red SUV -- and provided officers with a license plate number.

The complaint says the hit-and-run victim reported "she knew the driver's name was Felton but did not know his last name." Milwaukee police records revealed the vehicle was licensed to a relative of Powell's.

The victim went to the hospital where she was diagnosed with a wrist fracture. She told police "she saw the driver intentionally swerve at her while going approximately 25 mph." She also later identified the defendant through a photo array.

Powell is expected to make his initial appearance in court on July 28.

Two 20-year-old Milwaukee men are accused in an attempted robbery incident at the Hilton Milwaukee Center Center on Monday, June 28.

Forest County Potawatomi Community welcomes the news that Oneida Nation could soon host legal sports betting, and wants to get in the game themselves.

Scanner traffic indicated the persons in one SUV reportedly were shooting at another car. The car crashed into the side of the freeway and kept going. Northbound traffic was brought to a standstill, however.