The Milwaukee Health Department will not face criminal charges for mismanagement of its Childhood Lead Poisoning and Prevention Program. The district attorney's office said there was evidence of wrongdoing but not enough to prosecute a crime.

MILWAUKEE - The Milwaukee Health Department will not face criminal charges for mismanagement of its Childhood Lead Poisoning and Prevention Program. The district attorney's office said there was evidence of wrongdoing but not enough to prosecute a crime.

One mother whose son was hospitalized twice with lead poisoning because he was allowed to return home after his first hospital visit says that wouldn't have happened had the health department done its job.

Near 26th and Wright, Deanna Branch thought she'd found a neighborhood her kids could grow up in

"My kids had more space," said Branch. "There was a park right next to it. Their school was right across the street."

Then she learned lead found in her house was poisoning her son, Aidan.

"Constipation, weight loss," said Branch. "He was just not a happy child."

Aidan was hospitalized twice after he was allowed to return home after his first diagnosis. That's just one example of the mismanagement the Wisconsin Department of Justice spent nearly four years investigating. In May 2018, a DHS report found the Milwaukee Health Department failed to investigate the homes of nearly 24% of children who had shown elevated lead levels in their blood.

After reviewing emails and documents and conducting interviews, the Milwaukee County District Attorney's office announced Thursday, March 24 no charges would be filed due to insufficient evidence.

"We had to literally break our lease and live with family and face homelessness, staying in a shelter at one point because all my money was tied up into this place that was killing my son, so to hear that, it just makes me very upset," said Branch. 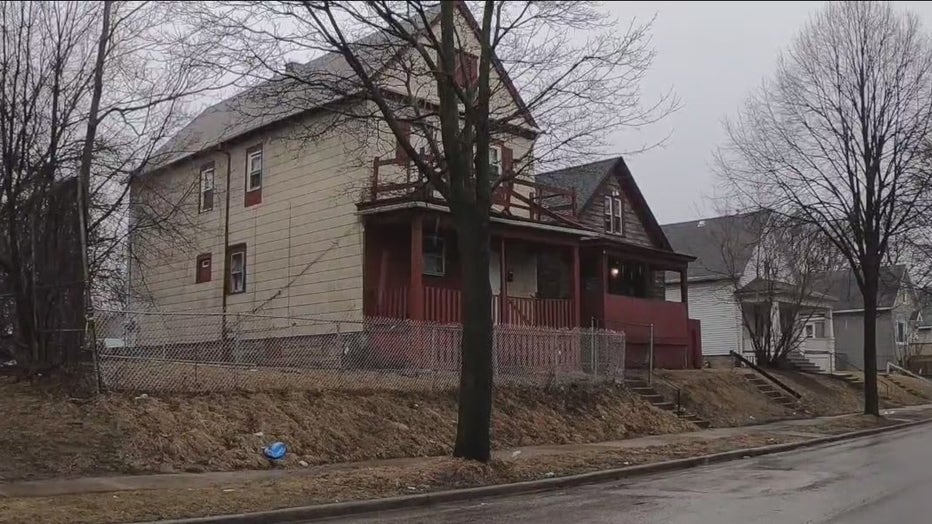 Prosecutors wrote while their overall assessment showed mismanagement, that is not a crime itself. They also said gray area in state law, unreliable health department records and "conflicting interviews" made prosecution beyond a reasonable doubt "unprovable."

Branch said she hopes the investigation will bring more accountability to the program.

"I hope they never feel like how me and Aidan felt when this happened to us," said Branch.

Clean-water advocates said they fear the 1,200-page investigation was not thorough enough because investigators did not interview Bevan Baker who was health commissioner when this all began.

"The investigation was prompted after two reports related to the City of Milwaukee’s Lead Program were prepared. The first report dated January 29, 2018 was prepared by the City of Milwaukee Health Department (MHD) and entitled Childhood Lead Poisoning Prevention Program: Assessment of Operations and Recommendations for Corrective Actions. The second report was from May 2018 and entitled Report on the Review of the City of Milwaukee Health Department Childhood Lead Poisoning Prevention Program and was prepared by the Department of Health Services, State of Wisconsin (DHS). Based upon the information contained in both, the Wisconsin Department of Justice, Division of Criminal Investigation conducted an investigation to determine if any violations of Wis. Stat. § 254.30 occurred.

Wisconsin Statute Section 254.166 mandates that the Department of Health Services, or its Agent (which in this case is the City of Milwaukee Health Department), shall perform certain duties under certain circumstances. First, if the department is informed a child under the age of 6 has an elevated blood lead level (EBLL), the department shall conduct a lead investigation of the dwelling or premises or ensure that a lead investigation of the dwelling or premises is conducted. The other duty that is mandated by statute is that if the department determines that a lead hazard is present in any dwelling or premises, the local health department "shall … issue an order that requires reduction or elimination." Wis. Stat. Section 254.30 states that a knowing violation of either of these two mandates could potentially be a crime. It is important to note, however, that the penalty for an intentional violation is an unclassified offense, meaning it’s penalty does not conform to the criminal penalties set forth in Chapter 939 of the Wisconsin Criminal Code. Importantly, a prosecution may not be viable as almost all if not all of the conduct investigated may be beyond the statute of limitations, given that the penalty section of this statute does not clarify if this crime is a felony or a misdemeanor. A misdemeanor crime is controlled by a three year statute of limitations.

In addition, Wisconsin Statute Section 946.12(1) criminalizes a public official's intentional failure to perform a "known mandatory, nondiscretionary, ministerial duty." Following the statutory standard for EBLL does seem to be "a known mandatory, nondiscretionary, ministerial duty" under the misconduct statute. Wisconsin Statute Section 254.11(5m), sets a specific EBLL standard. DHS reports that MHD's policies failed to apply this standard. Also there were policies in place that did not adhere to state statutes that require environmental investigations for children who have two venous BLL's of 15 mcg/dl taken at least 90 days apart. DHS Report, pg 13. 2

Second, MHD available records show the agency failed to issue abatement orders as Wisconsin Statute § 254.166(2m) requires. The DHS Report states that "[o]rders were not always written when hazards were found or did not include remediation of all identified hazards."

Unfortunately, the City of Milwaukee Health Department (MHD) records reviewed in this matter are unreliable. The Wisconsin Department of Health Service (DHS) report found that the STELLAR records, which was the electric filing system used by MHD, and MHD’s paper files were inconsistent. The investigation by the DCI revealed statements from a witness that "the files within the lead program of the MHD were in complete disarray, missing, and … their appeared to be no oversight on the finances, procedures, and policies of the grant funding. There was also no system in place for the closing of files." This was also a similar opinion to the DCI agent conducting the investigation. A prosecution looking to find the truth cannot be based on unreliable records.

Further, as a result of a lack of reliable records, there is no reliable documented evidence that, while MHD may have stated policies that were inconsistent with the statutes, those stated polices were set with an intentional disregard for the mandates of the statutes. While this is consistent with an overall assessment that the Childhood Lead Poisoning Prevention Program was mismanaged, that is not a crime.

In addition, the investigation revealed several conflicting statements from the dozens of witnesses that were interviewed making a prosecution and conviction of any individual(s) unprovable beyond a reasonable doubt.

The investigation also included a significant review of internal emails and other documents, which reveal actions taken by individuals in the MHD that were an attempt to rectify apparent issues with the Childhood Lead Poisoning Prevention Program, which would be evidence contrary to a knowing violation of the statue.

As a result there is insufficient credible and reliable evidence to prove a knowing violation of Wis. Stat. § 254.30 or an intentional failure to perform a known mandatory, nondiscretionary, ministerial duty if applicable, contrary to Wis. Stat. § 946.12.

Lastly, it should be noted that the investigation also uncovered substantial improvement in the management of the Childhood Lead Poisoning Prevention Program since the reports mentioned above were released, which have taken place under the direction of new leadership since that time at MHD."

"The Milwaukee Health Department is thankful to Attorney General Kaul, the Wisconsin Department of Justice, and the Milwaukee County District Attorney’s Office for their diligent investigation into our Childhood Lead Poisoning Prevention program. Childhood lead poisoning is a public health crisis in Milwaukee, and eradicating it from our community is a top priority. Any level of lead poisoning is devastating and unacceptable. We are grateful to close this chapter of the Health Department’s history. With guidance from the Public Health Foundation and Wisconsin Department of Health Services and in collaboration with community organizations, we are dedicated to ensuring such oversights in the department never happen again."

Keasean Ellis-Brown, the man accused of shooting an off-duty Milwaukee police detective in January, is due back in court Thursday, March 24 for a preliminary hearing.