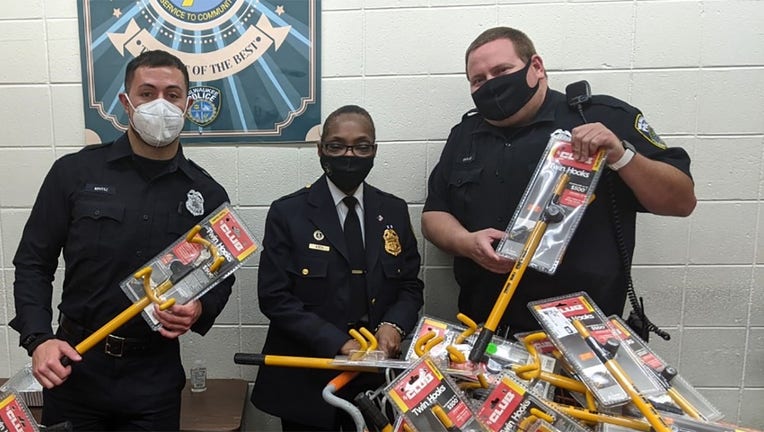 MILWAUKEE - The Milwaukee Police Department announced this week that it is providing free steering wheel locks to certain vehicle owners.

The city has seen a spike in car thefts in 2021 – described by one police captain as an "epidemic of motor vehicle theft" – with Hyundai and Kia vehicles being targeted, specifically.

In response to that spike, the Milwaukee Police Foundation partnered with O'Reilly Auto Parts to acquire the locks. They are available to Milwaukee residents who own a Kia (2011 or newer) to Hyundai (2015 or newer).

Any resident who wants a lock can contact any MPD district station, while supplies last – proof of ownership is required.

Police are also urging the automakers to recall the brands they save have been causing the trouble.

MUPD has seen an increase in thefts of Hyundai and Kia models, often Hyundai Sonatas and Elantras, and Kia Souls and Sportages.