A Milwaukee man was fatally shot at a gas station near Green Bay Avenue and Capitol Drive late Monday, Milwaukee's 34th homicide of 2022.

Police said there was a fight shortly before 11 p.m. and the victim, 39, suffered multiple gunshot wounds. Alexis McGregor was pronounced dead at the scene.

A 26-year-old man was arrested. 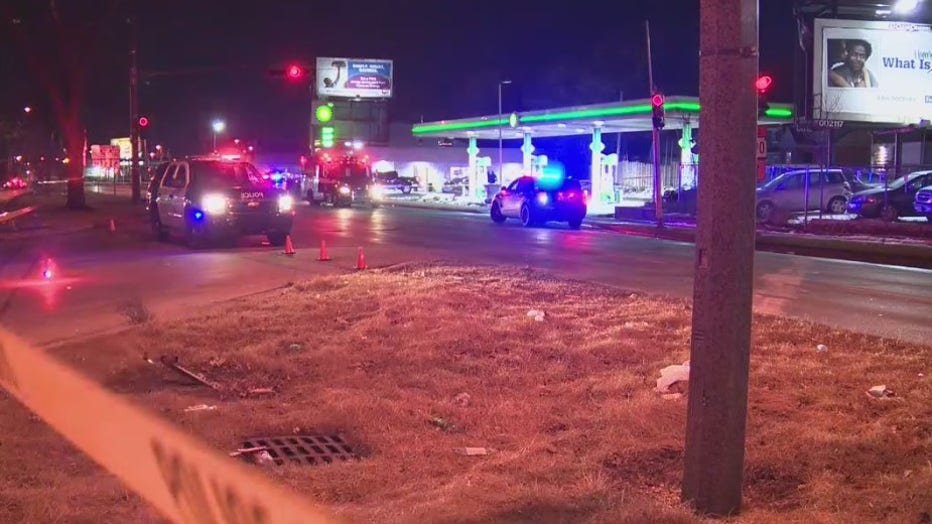 Milwaukee's most recent homicide is putting a spotlight on rising violence. People stopping at the gas station Tuesday said it’s time for a deeper look into what’s behind Milwaukee's violence.

While fueling up, Katina Johnson said she's fed up with gunfire in Milwaukee, and Monday night's homicide hit too close to home.

"It’s bad.  It’s real bad," said Johnson. "We need to do something about it.  The crime is terrible."

Turner said there are too many guns on the street and few consequences.

"Everybody is in competition with everybody," said Turner. "If everyone came together and be as one, we’d all be powerful, you know what I’m saying?"

Milwaukee Police Department data show year-to-date homicides are climbing from 16 at this point in 2021 to 34 so far in 2022. Johnson says it’s time Milwaukee takes a closer look at the root.

McGregor’s family did not want to talk with FOX6 News on camera Tuesday as they grieve.

Anyone with additional information on this crime is asked to contact Milwaukee police at 414-935-7360 or to remain anonymous, contact Crime Stoppers at 414-224-Tips or P3 Tips App.

A Racine day care worker could face charges after her car was stolen with two kids inside in Glendale. Police say she left the keys and the kids unattended.

The Wisconsin Supreme Court was set to consider whether a woman can argue that she legally killed a man under a state law that absolves sex trafficking victims of their crimes.

Wisconsin State Fair officials announced on Tuesday, March 1 that Nelly will perform at the State Fair Main Stage at 7:30 p.m. on Friday, Aug. 12. Singer, dancer, and actor, Ginuwine, will open for Nelly.