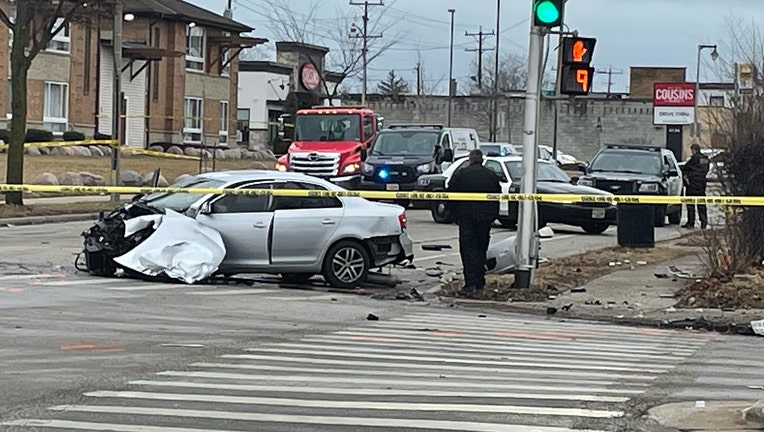 MILWAUKEE - An 18-year-old man died in a crash on Milwaukee's north side Tuesday morning, Jan. 17. Another 18-year-old was arrested.

Police said a speeding vehicle crashed into another vehicle near Sherman and Villard around 11:45 a.m. The 18-year-old driver of the vehicle that was hit was taken to a hospital where he later died.

Criminal charges against the driver will be referred to the Milwaukee County District Attorney's Office.