A search of Milwaukee's drainage tunnels after three people were swept into the current Monday raises concerns about the concrete channels' dangers.

MILWAUKEE - After three people were swept into a Milwaukee drainage tunnel Monday night, FOX6 News is getting a closer look at the water drainage system.

The concrete ditch was constructed in the 1960s to get water out as fast as possible. Monday's rainfall turned the ditch into a supercharged jet.

"This is designed to move water as fast as possible. That’s how they approached it back '60s. It was to address flooding," Elliott said.

Monday, two men went into a drainage ditch near 27th and Loomis – attempting to rescue 10-year-old Mohammad Arman who slipped and fell in. The boy's body was recovered Tuesday a mile-and-half from where he went in. The search for the men continued Wednesday.

"We have really flashy flows where the river comes up, and it goes back down really quickly," said Patrick Elliott, project manager with the Milwaukee Metropolitan Sewerage District (MMSD). "When people slip into those unfortunately, they don’t get out. The river always wins in those situations. 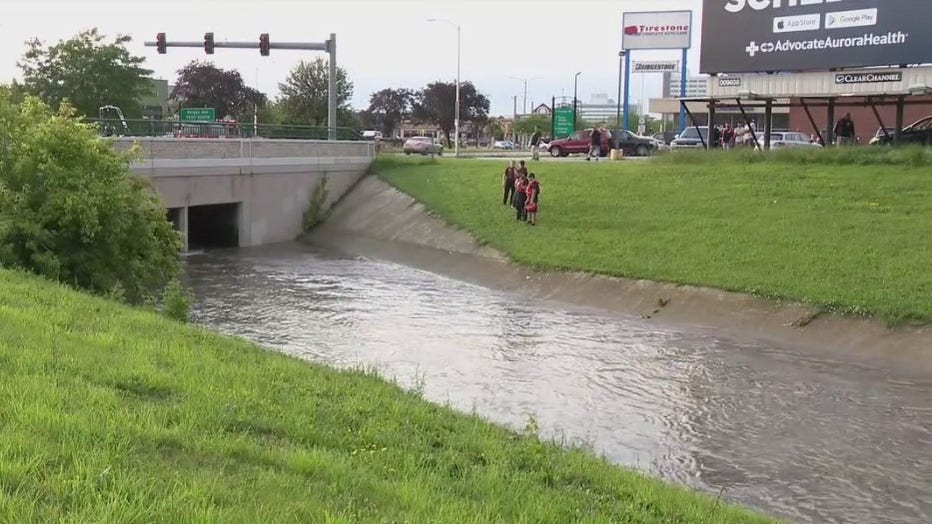 "There is a current that flows through the middle," said Elliott. "On the edges, the water is moving much slower. If people happen to get into the river accidently during flood flows, there’s a chance they can get out."

There is a mammoth plan to remove seven miles of concrete-lined stream east of Pulaski Park – a greener and possibly life-saving project.

"Close to $400 million of work we need to do in this watershed alone. It’s going to take 15-20 years before we get it all done," Elliott said.