Supervisor sues, alleges police violated his rights during May 2020 protest

Milwaukee County Supervisor Ryan Clancy is suing the county and the city of Milwaukee, alleging his constitutional rights were violated during a May 2020 protest.

MILWAUKEE - A Milwaukee County supervisor is suing the county and the city of Milwaukee, alleging his constitutional rights were violated during a May 2020 protest.

Police arrested Supervisor Ryan Clancy for breaking a curfew. Clancy's lawsuit says he was in Shorewood, where there was no curfew, but claims police purposely directed protesters to Milwaukee – where there was a curfew in place.

The emergency curfew exempted media and government workers acting in their official capacities, something Clancy says means he was protected. 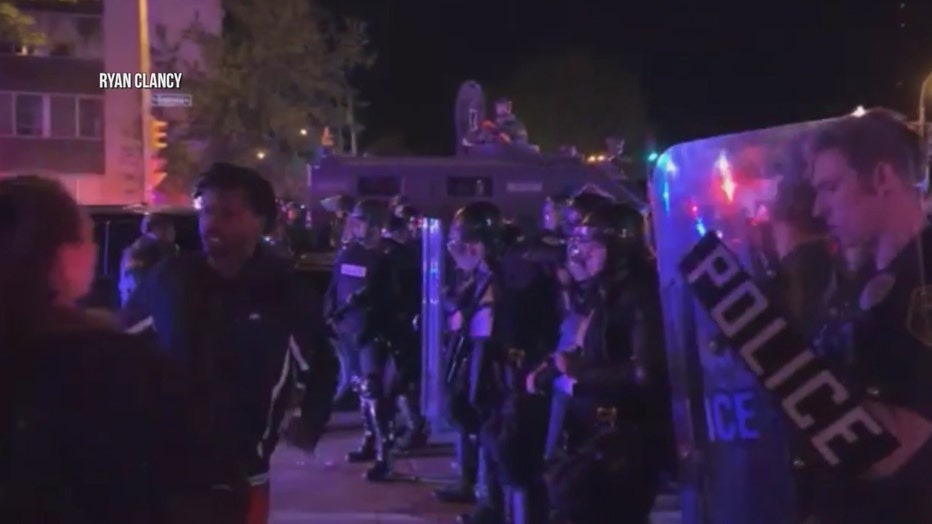 Law enforcement during a 2020 protest

Clancy captured expletive-laded video of protesters and police the night of May 31, 2020, prior to his arrest.

The lawsuit, filed more than a year later on June 4, 2021, states he was tackled and zip ties caused him injury. Plus, he says he suffered emotional distress and violation of his constitutional rights. 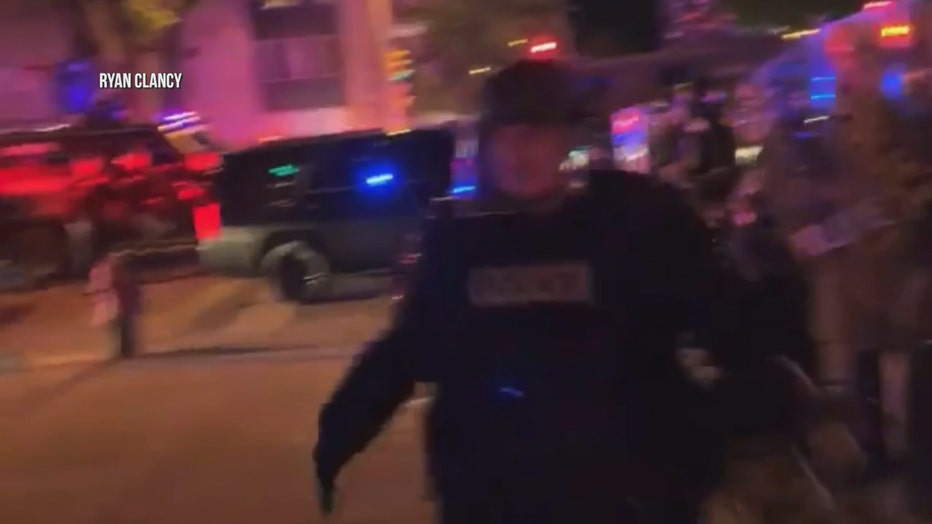 Video of a law enforcement officer approaching Milwaukee County Supervisor Ryan Clancy during a 2020 protest, right before Clancy says the officer tackled him

FOX6 asked why it took a year to file this civil lawsuit.

"I’ve been chomping at the bit to file this suit. We’ve been waiting for that body cam video, right? I know that I saw officers wearing body cams," Clancy told FOX6 News. "The authorities have not disclosed any body cam footage or even the name of the arresting officers in this case. We’ve been waiting for that to come out. With one year passed, it seemed time to file the suit and try to compel them to give up any information that they do have."

Clancy said he is still waiting. 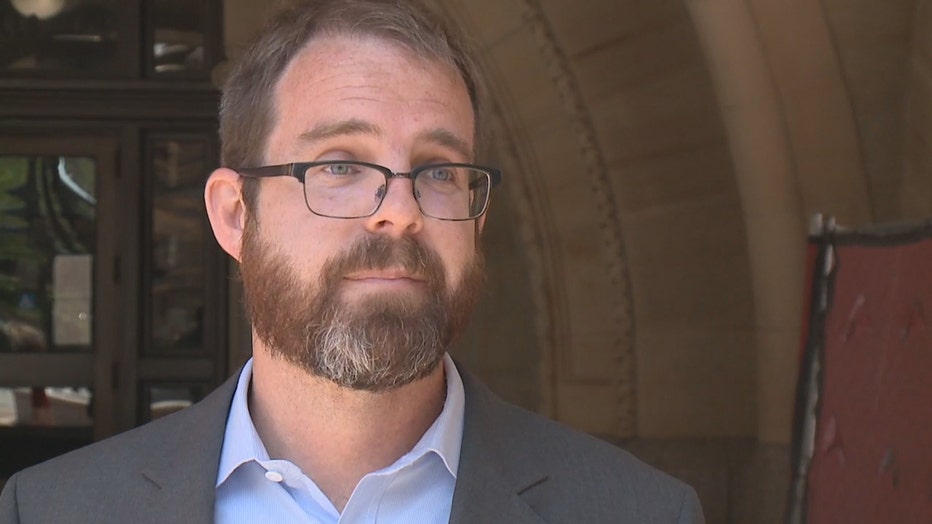 The lawsuit also alleges the curfew was invalid, and its purpose was to "chill free speech and intimidate citizens." He asks a judge to rule the order was invalid or unconstitutional and claims the Common Council has the power to issue such an order – not the mayor – unless council members can't meet promptly.

"I want to see the end of curfews in Milwaukee and the end to the way they’re being rolled out right now," Clancy said.

His emergency order explained the reasons: a "police squad was damaged by these unlawful and violent actions of these separate individuals and a number of people began driving motor vehicles on sidewalks and into oncoming traffic lanes, and subsequently coordinated vehicular travel to various locations throughout Milwaukee to break windows and loot various retail establishments." 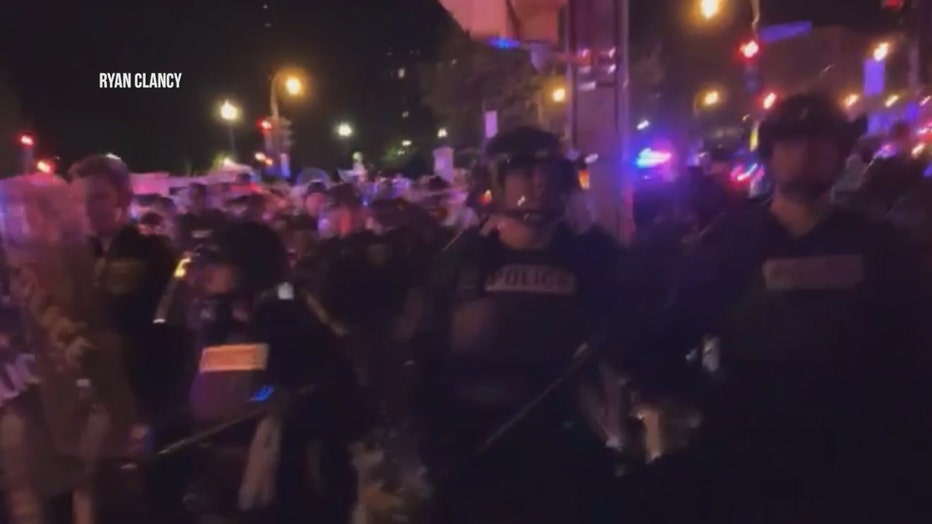 Law enforcement during a 2020 protest

In his first and only televised comments on the lawsuit Friday, June 4, Barrett told FOX6 he hadn't yet seen it and didn't know about it, yet. He added in hindsight he still would probably make the same decision to issue the emergency curfew.

"We felt at that time it was the right decision. And I would probably make the same decision today. I don’t know it would go for four nights, but there was a lot of concern that morning," Barrett told FOX6. "I was on the phone with the governor, the police chief, the sheriff, the county executive and there was a lot of concern because of what happened in Minneapolis literally hours before that."

Clancy's charges were dropped. The lawsuit asks for an unspecified amount of money to be decided in trial – that's damages, attorneys' fees and punitive damages. It asks the judge to rule that police and deputies violated Clancy's constitutional rights through unlawful seizure and arrest without probable cause.

A Milwaukee Police Department spokesperson said it won't comment on pending litigation. The Milwaukee County Sheriff's Office didn't respond with their thoughts on the allegations made in the county supervisor's lawsuit.

As Milwaukee battles a violent year, the city's mayor and gun violence prevention leaders are taking a stand.