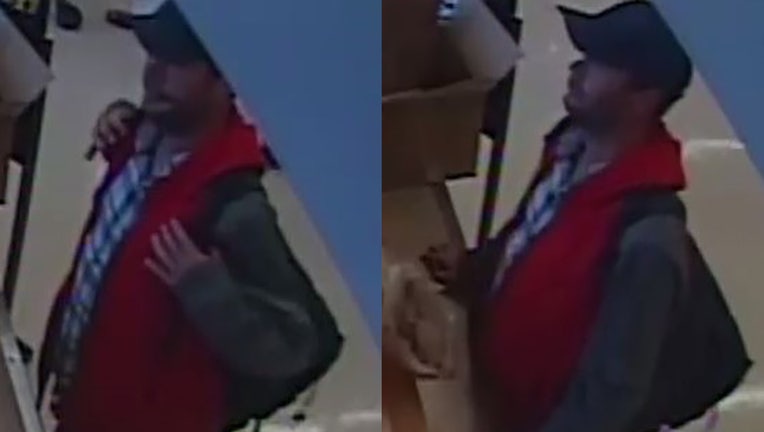 MILWAUKEE - Milwaukee police are asking for the public's help to identify and locate a suspect wanted in a felony theft that happened near Jackson and Lyon on Sept. 9.

Officials say at roughly 2:15 p.m. on that Thursday, the suspect entered a business and stole property.

The suspect is described as a male, white, 35-40 years old, with a medium build. He was last seen wearing a dark-colored baseball cap, a red jacket with gray sleeves, and a dark-colored backpack.

Anyone with any information is urged to contact Milwaukee police at 414-935-7212 or Crime Stoppers at 414-224-TIPS or P3 Tips App to remain anonymous.

Teen recovering after being shot in the jaw

A Milwaukee teen is recovering after being shot in the jaw Sunday.